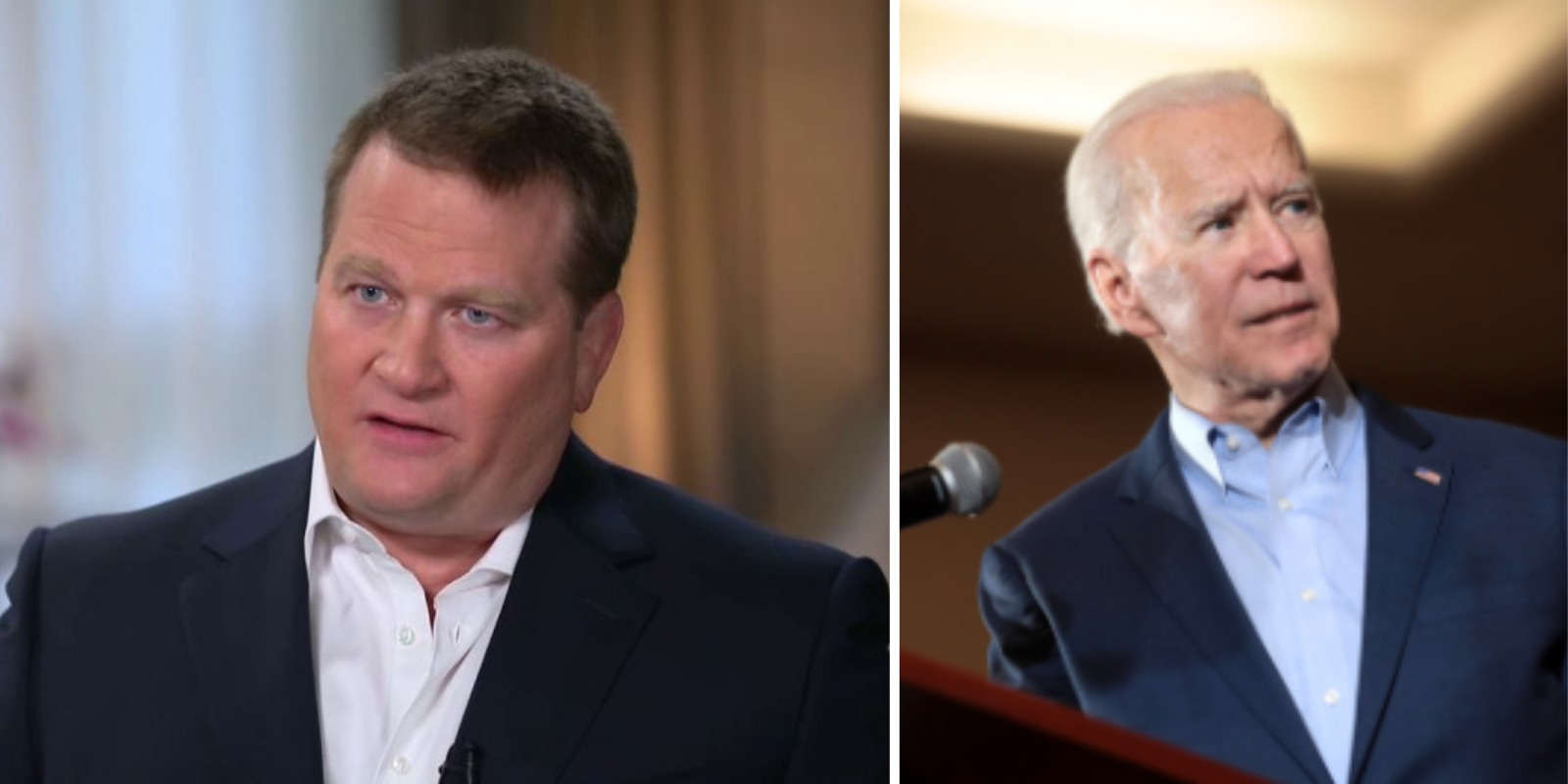 In the episode dedicated entirely to the explosive scandal set exactly one week out from the November general election, the Biden family insider alleged that the former vice president under the Obama Administration was aware of Hunter's overseas business deals despite the Democratic nominee’s claims to the contrary.

During the hour-long interview, the former head of SinoHawk Holdings, which he describes as a partnership between the CEFC China Energy conglomerate and the Biden family members, pointed to the presumed wheel-and-deal meeting amid the 2017 Milken Institute Global Conference at the Beverly Hilton in Los Angeles. A full video documents Biden's attendance as a keynote speaker.

Text messages revealed Hunter personally arranging the meeting with his business associates and his father in May of that year. “Mrng plse let me knw if we will do early dinner w your Uncle & dad and where, also for document translation do you want it simple Chinese or traditional?” Bobulinski texted Hunter. On the same day, Bobulinski messaged Jim Biden, Joe's brother and Hunter's uncle: “Great to meet u and spend some time together, please thank Joe for his time, was great to talk thx Tony b.”

"It also sounds like Joe Biden was vetting you to some extent," Carlson prodded Bobulinski. "Yes, of course. I didn't request to meet with Joe. They requested that I meet with Joe," Bobulinski affirmed.

"It was never about Hunter or Jim. It was about the Biden family," Bobulinski stated on camera. "They wanted me to sit down with their father to understand the Biden family."

In a one-on-one discussion, Bobulinski asked Jim point blank at the Peninsula Hotel about how they were structuring these deals and "getting away with this" without placing the Democratic challenger's career at risk. “James Biden said, ‘Plausible deniability,’” Bobulinski said. "Anyone watching this interview can look up what plausible deniability is, and the definition is very distinct."

Plausible deniability is the ability of, typically, senior officials in a formal or informal chain of command to deny responsibility for any damnable actions committed by others in an organizational hierarchy because of a lack or absence of corroborating evidence that confirms their participation.

A voicemail was aired showing that Rob Walker, the spouse of Jill Biden’s former top personal White House aide, told Bobulinski that “you’re just going to bury all of us, man" when it was revealed that Bobulinski would go on record with the receipts.

"All the facts are extremely well documented...the American people can read these texts, listen to the recording that you just played, and read the legal documents," Bobulinski insisted to Carlson.

As a result of Bobulinski's disclosures about the Biden family’s corruption, he has allegedly received death threats, now needing a team of former Navy SEALS to guard his family. "I can’t go home. But I had to do this because the American people need to know the facts," he urged.

"It’s disgusting that the Bidens lied about me and then had their allies smear me as a traitor working for Russia. I’m a former Naval officer. I have a patriotic duty to this country to give everyone the facts about what Joe Biden and Hunter Biden and James Biden did," Bobulinski fired.

Carlson emphasized that this company has direct connections to the communist government in China.

"There was no other reason for me to be in that bar meeting with Joe Biden then to discuss what I was doing with his family's name and the Chinese," Bobulinski detailed the incident. "They were putting their entire family legacy on the line. They knew exactly what they were doing. They were dealing with a Chinese-owned enterprise," Bobulinski followed up.

President Donald Trump invited Bobulinski as his special guest at the final presidential debate last week. During the televised face-off, Trump directly asked Biden about his role as the "big guy" named in the scandal. Bobulinski told Carlson that he almost walked out when Biden discussed the topic. "Joe Biden at a public debate referencing Russian disinformation when he knows he sat face-to-face with me, that I traveled around the world with his son and his brother, to say that and associate that with my name is absolutely disgusting to me."

"In that debate, he made a specific statement around questions around this from the president," recalled Bobulinski. "And I'll be honest with you, I almost stood up and screamed 'liar' and walked out because I was shocked that after four days or five days that they prep for this, that the Biden family is taking that position to the world."

Bobulinski came forward earlier to confirm that "big guy" was an alias for Hunter's father, cited in an email dated May 13, 2017. As first reported by the New York Post, the correspondence elucidated "positions, titles, and associated cash payments" and specifically laid out 10 percent set-aside for "the big guy." Bobulinski implicated the elder Biden and his brother Jim, alleging that both family members were coordinated in Hunter's prospective transactions with CECF.

"The media have suppressed the story, but it’s real and it matters. Voters have a right to know the details," Carlson tweeted the night before.

Tucker Carlson Tonight earned the highest ratings of any cable news show in history in the month of October.

According to Nielsen Media Ratings, the program during the 8 p.m. hour averaged over 5 million viewers nightly, including just over 1 million in the key 25 to 54 age demographic that marketers covet. Carlson also topped records as the first prime-time host to reach 1 million viewers in the targeted range since September 2008.