Turning Point USA host Morgan Zegers was accosted Saturday morning by a man in a Washington DC diner for wearing a TPUSA hat. 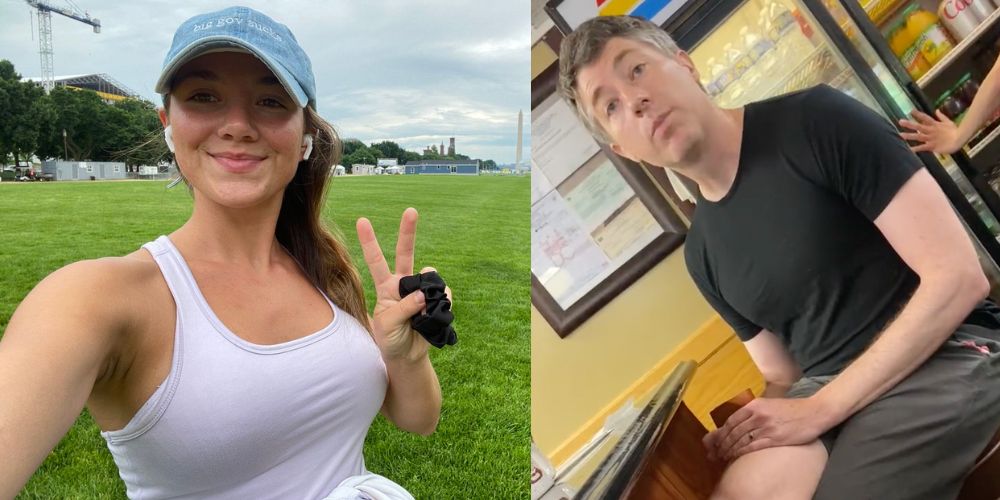 Turning Point USA host Morgan Zegers was accosted Saturday morning by a man in a Washington DC diner for wearing a TPUSA hat. Zegers' hat read "Big Gov Sucks," but said that the man was more "offended" by the TPUSA logo.

Zegers had gone to the diner after a run through the National Mall when she saw a "tall, adult male standing down the aisle staring in my direction for an awkwardly long amount of time."

The waitress at the diner noticed the man's odd behavior and asked he needed help but he instead turned towards Zegers to say, "I want to know if that's a Turning Point USA hat."

Zegers tried to explain her politics to the man, but he interrupted with his talking points, attempting to affirm TPUSA was funded by "billionaire blood money" and alleged that the organization is responsible for dead children. He told her that the "2nd amendment wasn't written to allow individuals to carry firearms" and that Republicans had changed the 2nd Amendment's meaning during a nebulous time in the past.

The man harassed Zegers for her remarks about finding men who carry guns attractive and admirable. "What a loser you must be," he said "I look at them and say they're part of the small penis club."

Zegers immediately responded to the man's sexual comments by saying, "Why do you have to make it sexual? That's so weird. It's a little creepy how you guys do that."

While Zegers has a concealed carry permit, she told The Post Millennial that she attributes the confrontation, in part, to not being able to carry her firearm in DC. "I'm in Washington DC where I don't have my concealed carry. I was confronted in this situation in a city like DC, where it's very restrictive, without my firearm, and this adult male tells me that my presence is intimidating to him and that he can't be physically near me because of my political values because I'm wearing a certain political hat, which is for a nonprofit organization."

Zegers went on to note the potential dangers she faces for standing for her values, "As much as I want to stand up for my values, I also have to weigh the threat to myself and my person of is it worth the risk of confronting this man?"

For other young female activists who may find themselves in similar situations, Zegers offers advice and encouragement saying, "I do encourage women to be confident and remain calm in these situations, expressing themselves, recording it for their own personal safety, and standing up for the values that are very normal and respectful in America. There's nothing wrong with standing up for these basic core American values."

At the end, the man asserted that Zegers should not be welcome in polite society and certainly not that diner.

A TPUSA spokesperson gave a statement to The Post Millennial regarding Zegers' encounter saying, "It’s truly sad that it’s come to this. Conservatives are being harassed and threatened at their homes, their places of work, and where they go out to eat. We’ve seen far too many instances where these types of interactions escalate into something unsafe or even violent. We’re grateful Morgan is OK and unharmed, but in the United States of America, everyone should be able sit down at a diner without being accosted for their political views. More and more the Left is rejecting this basic human decency."

The encounter with Zegers is just one incident in a recent upswing of attacks and threats on conservatives in recent weeks. This week, Supreme Court Justice Brett Kavanaugh faced an assassination attempt. Mere hours after the assassination attempt, pro-abortion activists banged drums outside Kavanaugh's home. Attacks on pro-life clinics have been also been on the rise, with many being vandalized or firebombed.