"I think it was last week my daughter came home and said she wanted to be a boy. Which was horrifying, for my wife to hear, for myself to hear..." Kendi said. 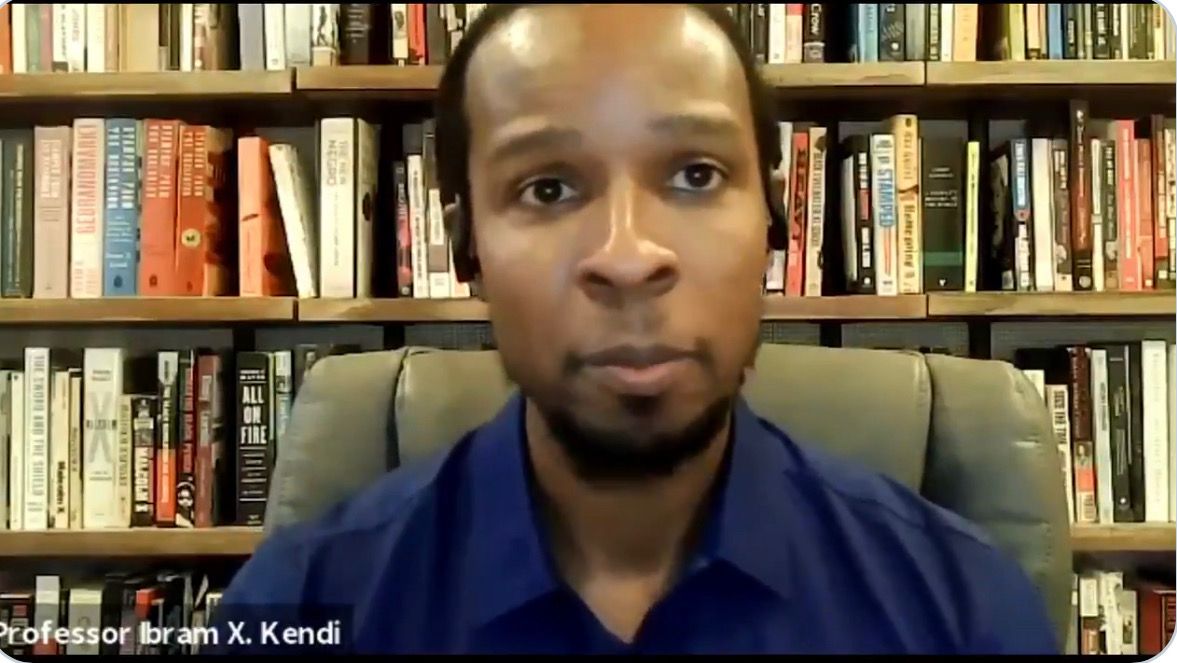 Ibram X. Kendi, darling of the radical anti-racist left, was found to have been "transphobic" after a video emerged on social media that Kendi would have been "horrified" if his daughter wanted to transition to live her life as a boy.

Or at least he would have been found to be transphobic, if anyone in the trans or trans advocacy community had deigned to call him out. But they haven't yet.

In disparaging the concept of trans as something that occurs in cases where children are unhappy with their identity due to societal prejudice against their identity, which is a catalyst for them to try to change it, Kendi goes against the going trans narrative, which is that kids are just born trans.

The video, recorded on Zoom on Jan. 25, was part of an interview Kendi gave with the New York State Association for Independent Schools.

"Y'know obviously, talking about race, even talking about gender. I think it was last week my daughter came home and said she wanted to be a boy," Kendi said.

"Which was horrifying, for my wife to hear, for myself to hear, and of course, y'know, we're like 'okay, what affirmative messages about girlhood y'know can we be teaching her to protect her from whatever she's hearing in our home, or even outside of our home, that would make her want to be a boy."

The going narrative from transgender advocates is that when a child comes home expressing the desire to be the opposite sex, they are in essence stating that they actually are the opposite sex. Trans advocates posit that the only correct response by parents is to begin to refer to and treat their child as though that child is the opposite sex.

Kendi takes the much more nuanced approach, which is that perhaps there are underlying reasons that a child is stating a preference, and undertaking to figure out and remedy those in order to better help the child exist in their own body.

Trans advocates, who have often taken aim at both conservatives and radical feminists for professing this view, have so far left Kendi alone. It could be that his status as an anti-racism icon is believed to be untouchable. Time will tell.

In short, if the trans advocates go after Kendi they probably know that they would lose. It's easy to take aim at conservative men and women, but Kendi is too revered in leftist circles to suffer the same fate as others who feel similarly to the way he does.

"And I suspect  it's the same thing y'know with kids of color, in which they're regularly hearing these messages that may want them to want to be white. Or even white children who are like 'I'm happy I'm white,' right?" Kendi said.

"Y'know, what affirmative messages are we teaching them to breakdown those ideas?" He asked.

It's unlikely, however, that the mob will come for Kendi to bash him for not believing that girls who claim they want to be boys should be simply affirmed as boys. Kendi undoubtedly will be allowed to retain his Twitter account, his book deals, his Netflix projects, his professorships and fellowships.

If the mob comes for Kendi, I would defend his right to speak his mind, defend his position that his daughter should have her girlhood positively affirmed.

Kendi will be at risk for canceling if and when he has out served his purpose to corporate America, but I posit that the time for that is not yet at hand. The internet will always have this video ready, however, to take him down when they need to.