WATCH: Trucker says he's staying in Ottawa 'until Justin resigns or all mandates are lifted'

One trucker told The Post Millennial he is here "because I wanna fight for the freedoms of Canada and my grandchildren and my kids." 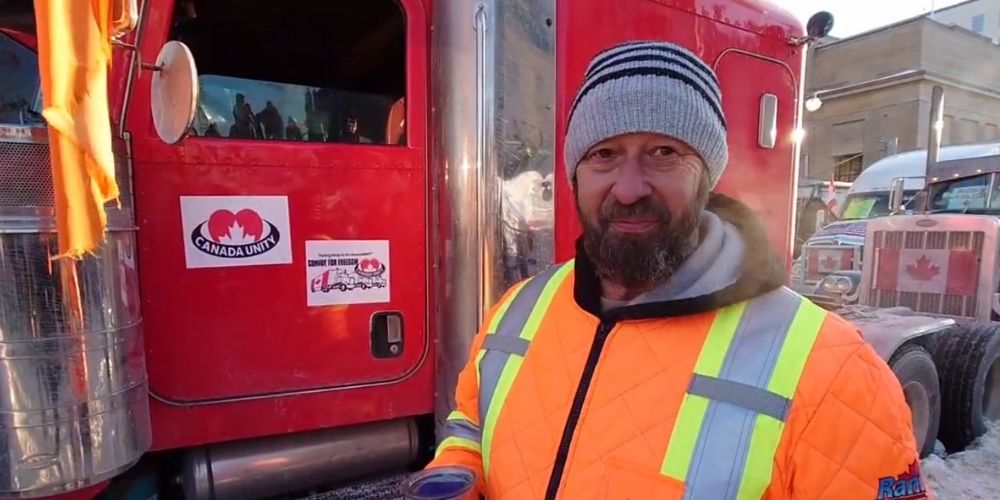 A trucker interviewed by The Post Millennial's Beth Baisch in Ottawa on Saturday said that he plans to stay in Ottawa "until it's over, until Justin resigns or all mandates are lifted."

One trucker told The Post Millennial  he is here "because I wanna fight for the freedoms of Canada and my grandchildren and my kids." Given the opportunity to speak to Justin Trudeau, the trucker said, "I would ask him if he's gonna listen to the people and let the people have a choice because we don't have a choice in his legislation."

Another trucker expressed gratitude to Canadians who have cheered her on all the way from Alberta to Ottawa. "I saw literally hundreds and thousands of Canadians, every step of the way," she said.

Another protestor slammed Trudeau, saying, "he is divisive. He is racist."

The Post Millennial also caught up with some attendees of the protest, who also had choice words for the Prime Minister.

"Trudeau uses nothing but divisive liberal rhetoric," one protestor said. "Non stop. That's what I think Trudeau is [doing]."

"I don't even believe this is a partisan crowd. It's all walks of life here, but the Liberals, anytime you disagree 'you're a misogynist, racist, homophobe," all this nonsense and it's crap," he continued.

NDP Leader Jagmeet Singh called the truckers white supremacists, for which he was aggressively shouted down on social media. Maxime Bernier called out Trudeau for leaving the capitol right when so many had come to speak to him. Indigenous drummers offered the truckers their support in the form of a drum circle.