WATCH: Trudeau says using a gun for self-defence is ‘not a right that you have’ in Canada

"If you try and buy a gun and say it's for self-protection," Trudeau said, "No, you don't get that." 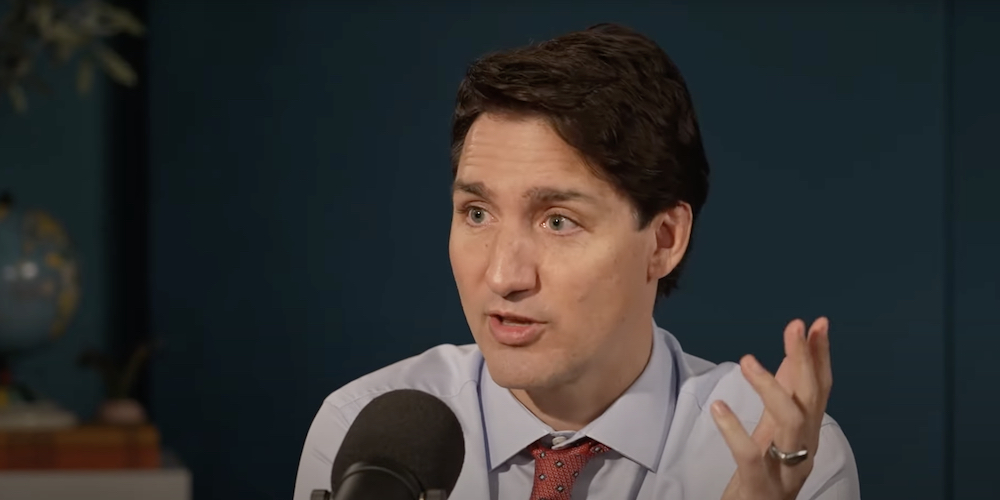 Justin Trudeau made an appearance on the latest episode of Pod Save the World to discuss democracy, firearms, and Ukraine, along with more lighthearted topics.

During the interview, after discussing Canada's response to American mass shootings, the prime minister argued that Canadians do not have the right to use guns for self-defense.

"There's this sense that Canada responded to the shooting in Texas by suddenly turning around and banning guns," Trudeau began. "Lovely if it were true, but we've been working on this for seven years."

He pointed out that the call for gun control in Canada began with the mass shooting at Ecole Polytechnique in Montreal, where fourteen women were murdered by a man with a gun.

"We've had a lot of setbacks," Trudeau continued, blaming Conservative governments, "but since we got elected seven years ago, we've been steadily working on strengthening gun control."

"Two years ago, we banned all military style assault weapons ... and just a few weeks ago ... we moved forward on a total freeze on handguns."

"We will eventually get it passed," he said, "and then it'll be illegal to buy, sell, transfer, import, handguns anywhere in the county."

"There are debates," Trudeau continued, "and we have a culture where the difference is, guns can be used for hunting or for sport-shooting in Canada, and there are lots of gun owners, and they're mostly law-respecting and law abiding, but you can't use a gun for self-protection in Canada. That's not a right that you have in the Constitution or anywhere else."

"If you try and buy a gun and say it's for self-protection," Trudeau said, "No, you don't get that."

He decried the fact that American-style views on guns have made their way across the border, causing tension as many suggest Canada should allow people to use guns to defend themselves.