"Everything we discussed has been leaked to the paper, that's not appropriate," Xi told Trudeau at the closing session of the G20 summit on Wednesday morning. 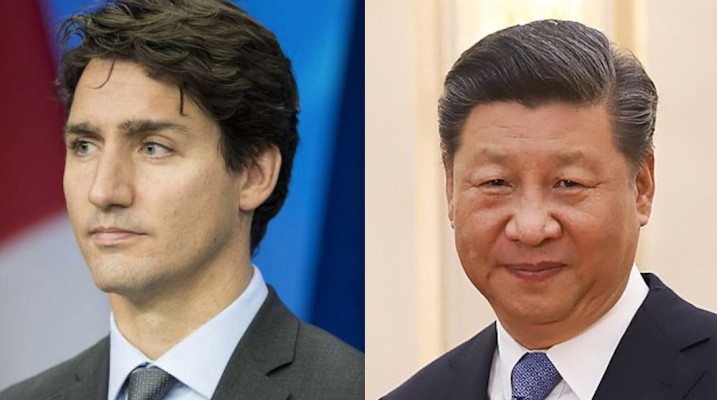 "Everything we discuss has been leaked to the paper, that's not appropriate," Xi told Trudeau through a translator at the closing session of the G20 summit on Wednesday morning. "That's not the way the conversation was conducted."

Following this, Trudeau interrupted the translator, so most of what Xi said next was not conveyed to Trudeau, but a fluent mandarin speaker talking to Global News interpreted his follow-up comment as being threatening in the kind of way that "a mafia thug might [threaten] someone to intimidate them."

The comment from Xi roughly translates to "if there is sincerity, we can communicate well with mutual respect, otherwise I don’t know what the consequences will be."

The menacing tone of this statement was likely not conveyed.

Trudeau replied by telling Xi that "in Canada, we believe in a free and open and frank dialogue and that is what we will continue to have."

"We will continue to look to work constructively together but there will be things we will disagree on," Trudeau added.

A visibly agitated Xi cuts in before Trudeau can continue, telling him "let's create the conditions first."

He then wasted no time in shaking the Prime Minister's hand and walking away, leaving a stunned Trudeau speechless.

Xi was reportedly upset at media reports that Trudeau had raised "serious concerns" about alleged Chinese interference in Canadian elections, a topic that came up during their ten-minute conversation the previous day.

Canadian intelligence officials had allegedly warned Trudeau last week of China potentially targetting Canada with a campaign of foreign interference, including funding a clandestine network of candidates during the 2019 federal election.
ADVERTISEMENT
ADVERTISEMENT
Trudeau and Xi