At a campaign stop for President Trump in Avoca, Penn. on Monday, the crowd cheered when Trump called out LeBron James for his political activism on the court. Then they started chanting LeBron James sucks. 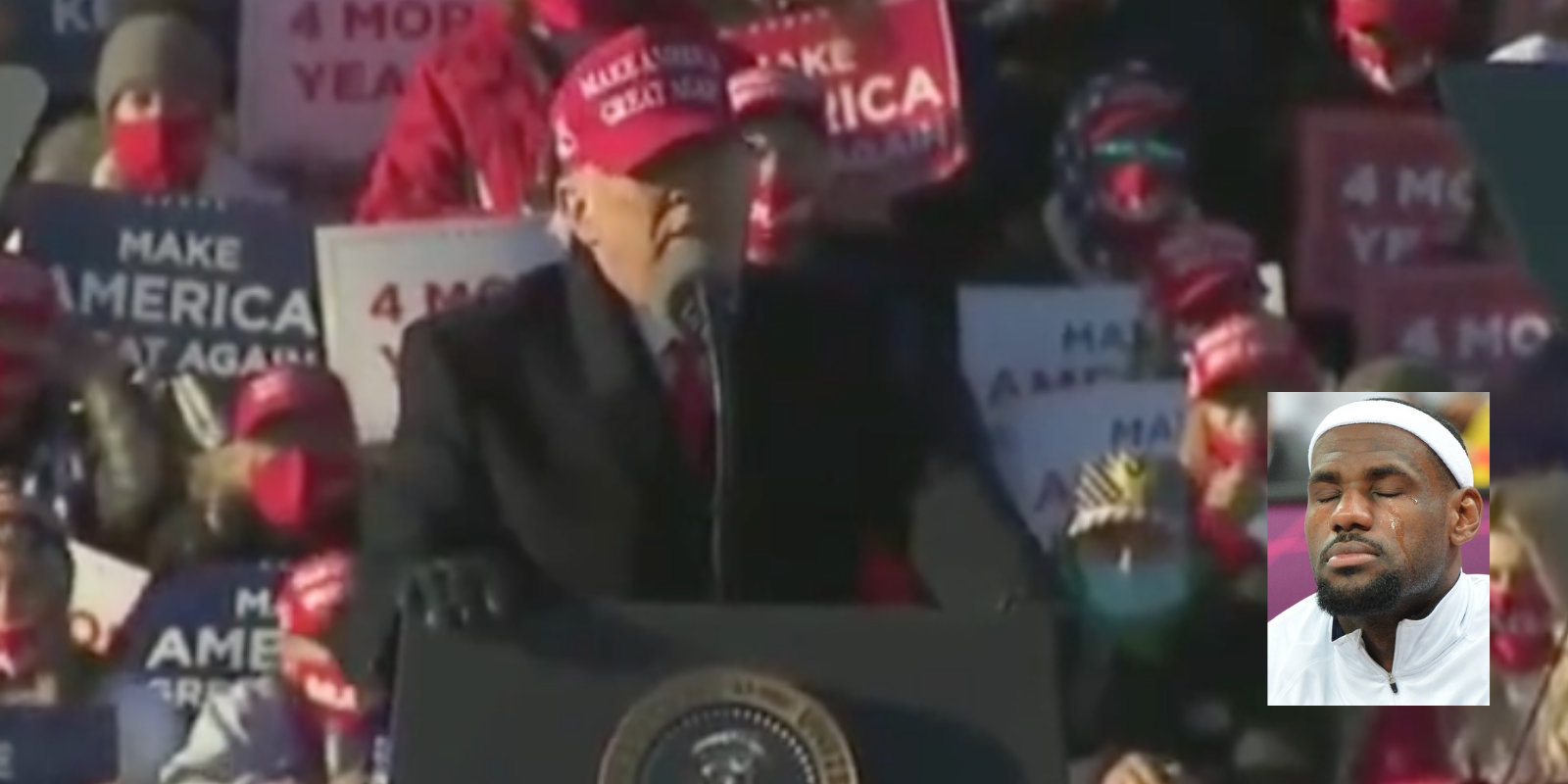 At a campaign stop for President Trump in Avoca, Penn. on Monday, the crowd cheered when Trump called out LeBron James for his political activism on the court. Then they started chanting LeBron James sucks.

"How about basketball?" Trump asked. "How about LeBron? I felt badly for LeBron, I felt very badly. Down 71 percent, and that's for their championship. I didn't watch one shot, I get bored."

"What a crowd!" Trump said.

The Avoca rally was one of several Trump had planned for Monday, two of them in Pennsylvania. The additional stops were in North Carolina, Michigan, and Wisconsin. Today was the last day for the American presidential race, with the election day tomorrow, Nov. 3.

Joe Biden had two stops scheduled for Monday, one in Ohio, and another, like Trump, in Pennsylvania. It is widely believed that the race may come down to Pennsylvania, with its 20 pivotal electoral votes.

LeBron James is substantially more aligned with the other side of the ticket, and had sought out the advice of former President Barack Obama as to how to engage in political action.