"But the cop who said that, we have learned from an authoritative source, has now been pulled off duty pending a review," Tucker reported. "He’s lost in effect his job for saying that." 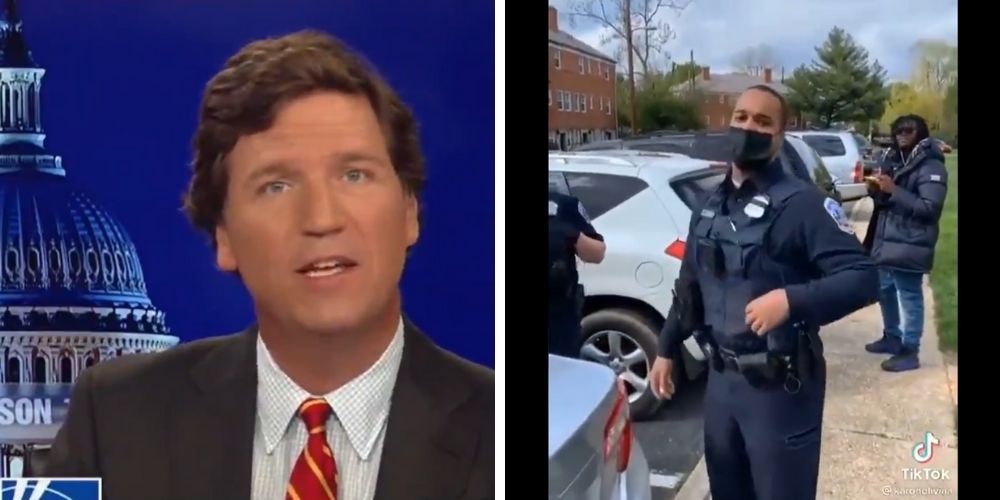 In a viral clip posted to social media early Friday, a DC police officer was caught on camera telling the truth about the Ma’Kiah Bryant shooting to a heckler that was harassing him. Fox News Tucker Carlson reported during Monday night's segment that the District of Columbia police officer has now been pulled off duty and is pending a review over the truthful remarks.

"Three days ago a BLM activist heckled a cop in Washington DC over the shooting," said Tucker. "Here’s what he said," Tucker continued by sharing the viral video to his viewers.

The alleged Black Lives Matter heckler can be seen in the video harassing the DC police officer saying, "Are y’all gonna kill me like Ma’Kiah Bryant?"

"No. Are you gonna stab someone like her?," the police officer responded.

Because of the officer's response, albeit truthful, Tucker reported that he has been pulled off duty and is under review by the DC Metropolitan Police Department. "So he’s right. I’m not going to shoot you as long as you don’t try and stab somebody," exclaimed Tucker.

"That’s why cops exist to prevent people from stabbing each other," Tucker continued. "But the cop who said that, we have learned from an authoritative source, has now been pulled off duty pending a review," Tucker reported. "He’s lost in effect his job for saying that."