WATCH: Tucker Carlson SLAMS Justin Trudeau for saying vaccinations 'are not enough to keep us safe' 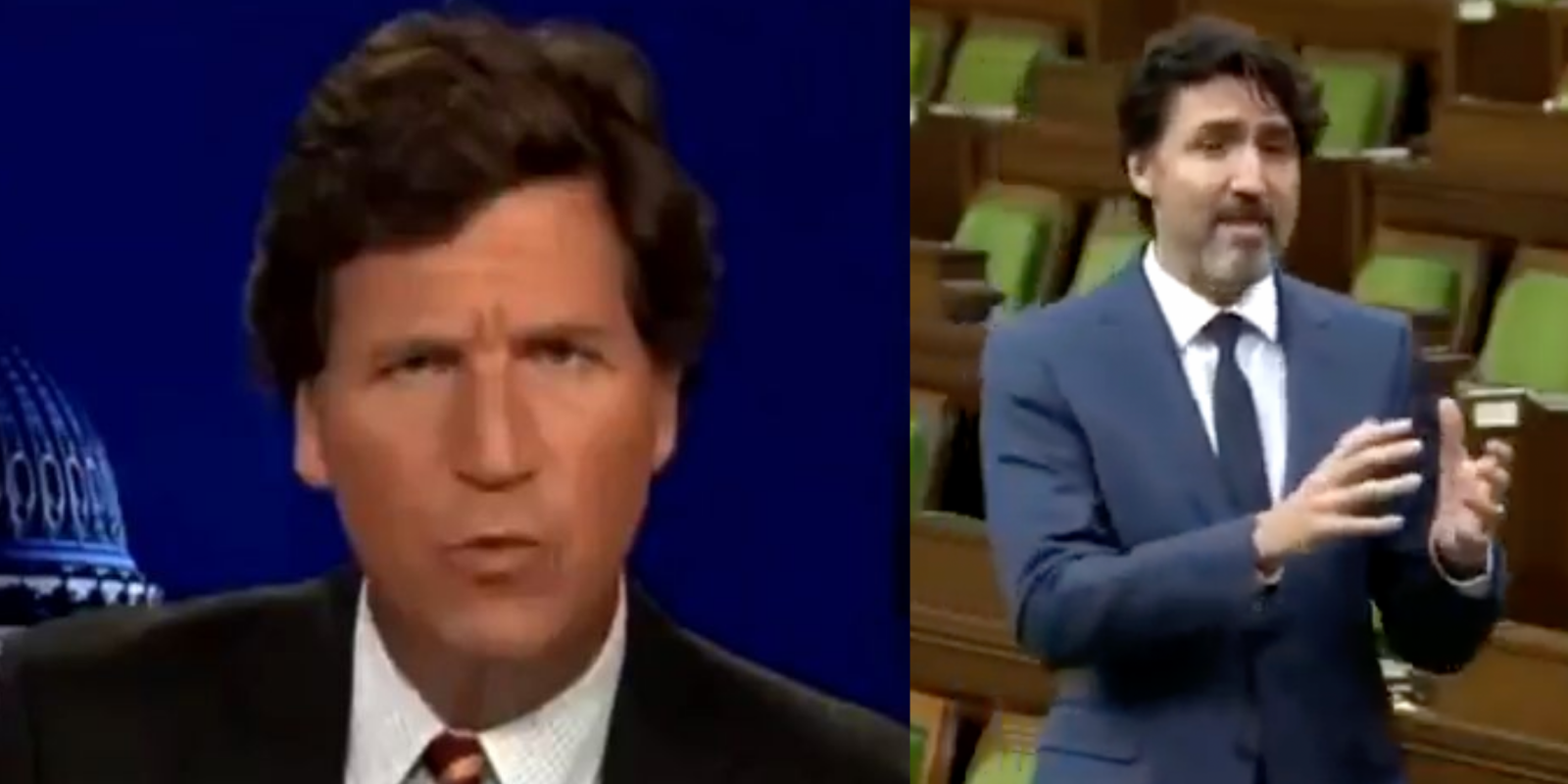 Carlson played a clip on his show wherein Trudeau says, "I think it’s really important that we work from facts and understanding of the science around things. We know for example that the UK is ahead of just about everybody else on vaccinations and yet they maintain very strong restrictions and are facing a very serious third wave. Vaccinations on their own are not enough to keep us safe, we need to engage in the right kind of behaviors. Do things that the conservatives aren’t always good at like wearing masks, keeping distances and obeying public health rules."

The Fox News host pointed out that, "The leader of Canada just explained on television that according to the science, the vaccine doesn't stop COVID", adding, "the shot cannot be simultaneously effective, but not restore peoples' lives to normal; that doesn't make sense?"

Carlson stated that "there is a legitimate public health mystery here at the very heart of the most aggressive vaccination campaign in the history of the country."

He decried journalists' lack of coverage on the issue; "Isn't that their job?"