Tulsi Gabbard slammed corporate media for behaving in ways that hinder, not help, the continuation of a functioning democracy. 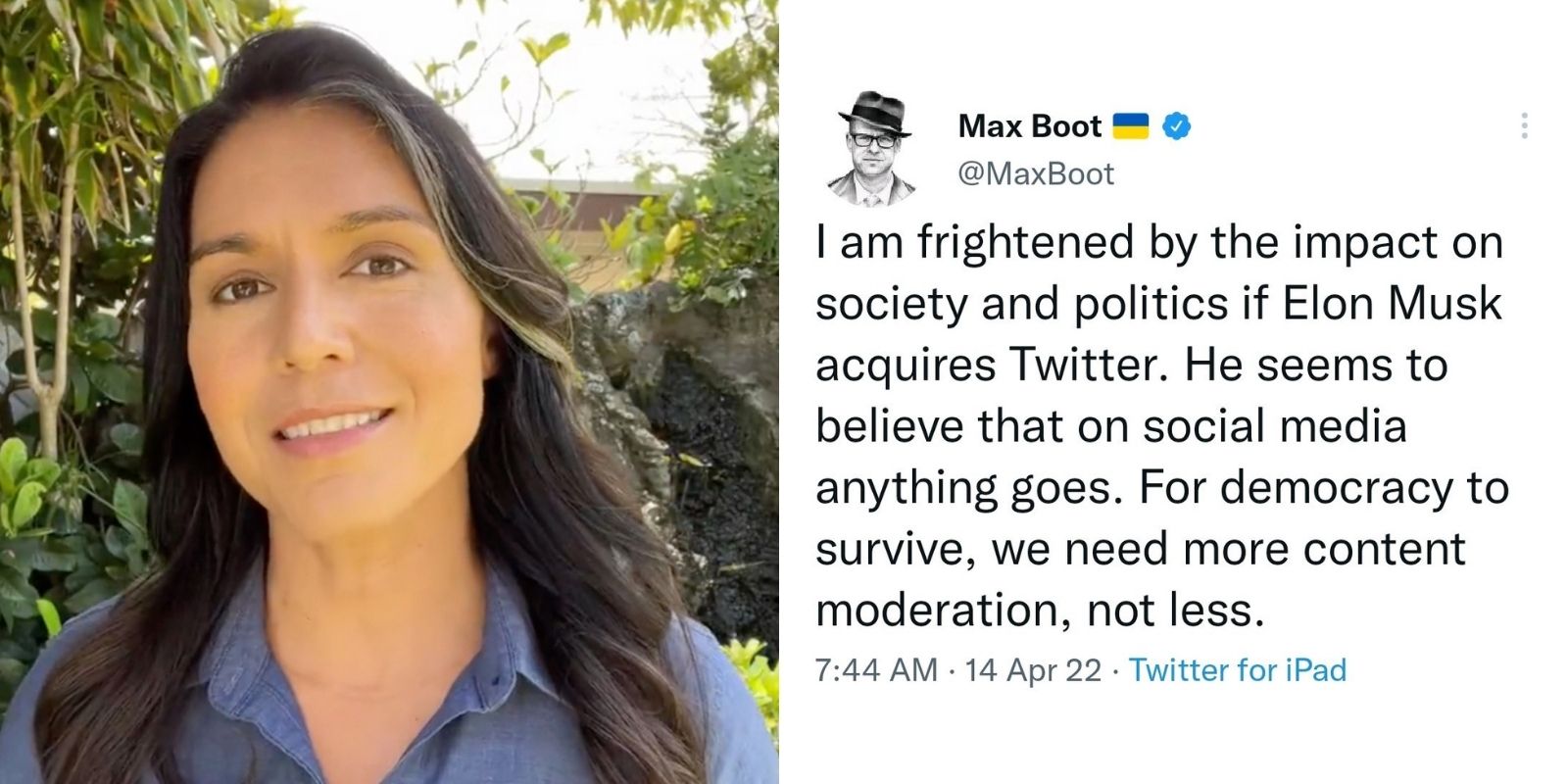 Tulsi Gabbard slammed corporate media for behaving in ways that hinder, not help, the continuation of a functioning democracy.

Gabbard took aim at corporate media in a video posted to Twitter, where she called out those who often act in opposition to the principles of free speech, highlighting the errors in their logic.

On Thursday, Gabbard took to Twitter with a video slamming corporate media, highlighting a tweet from the Washington Post's Max Boot saying he was "frightened" by Elon Musk's potential takeover of Twitter.

"Max Boot, who regularly appears on mainstream media to warmonger, has perfectly illustrated the thinking of those in power," Gabbard began.

"They believe that in order to save our democracy, we must destroy it, and in order to protect freedom of speech, we must end it."

She went on to point out that Boot is not alone in his way of thinking, arguing that his comments are "regularly expressed by people in power."

"And because the most powerful and influential people in our country have this attitude," Gabbard continued, "and this is the way that they think, it's no wonder that we see more and more Americans who also believe it's ok to censor people's speech if it makes them feel uncomfortable, or if it's offensive to them."

"They either don't know what our Constitution, Bill of Rights are," she said, "or worse yet, people like Max Boot don't believe in them. Now our leaders have to set the tone; they lead the way. And this is the dangerous attitude that they're spreading."