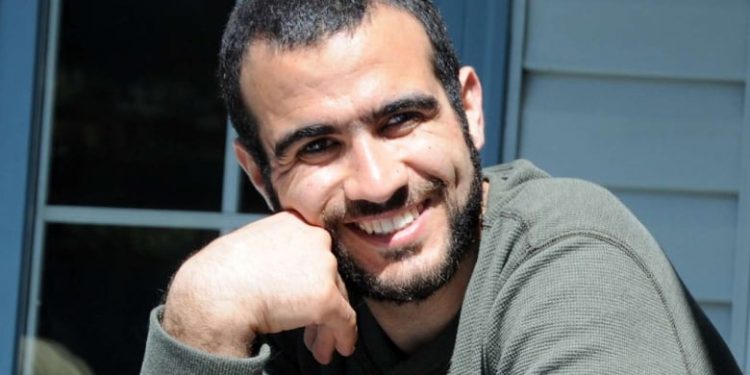 The talk, held at Dalhousie University, was hosted in partnership with the Romeo Dallaire Child Soldiers Initiative.

The initiative, founded by Canadian humanitarian Lieutenant-General The Honourable Romeo Dellaire, seeks to raise awareness and to fight against the rising trend of child soldiers worldwide.

Others on the panel included former child soldier-turned activist Ishmael Beah. Khadr was hosted as the keynote speaker.

Khadr told the crowd that he was looking to do good in the world. The crowd would, eventually, give a standing ovation.

“I just want to see how I can help and what I can do to better humanity,” said Khadr, according to Global News.

A small group of protestors gathered outside the event at the Rebecca Cohn Theatre to protest Khadr’s appearance on the panel.

Event security was tight, as the only ones given permission to enter the building were ticket holders and law enforcement.

The event was hosted and moderated by the executive director of the Dallaire Initiative, Dr. Shelly Whitman, who noted that international law clearly outlines that children who are used as soldiers in conflict can not be held criminally responsible for their participation.

Whitman said that neither guest was being paid to speak.

Omar Khadr was captured and brought to Guantanamo Bay at the age of 15 after a firefight with American forces that led to the death of US Sgt. Christopher Speer.

The Supreme Court of Canada would later rule that the capturing and the events that followed were in direct violation of Khadr’s human rights. Khadr settled with the Canadian government for $10.5 million.