"And those governors that stand in the way, I think it was very clear from the President's tone today, that he will run over them," Biden advisor Cedric Richmond said. 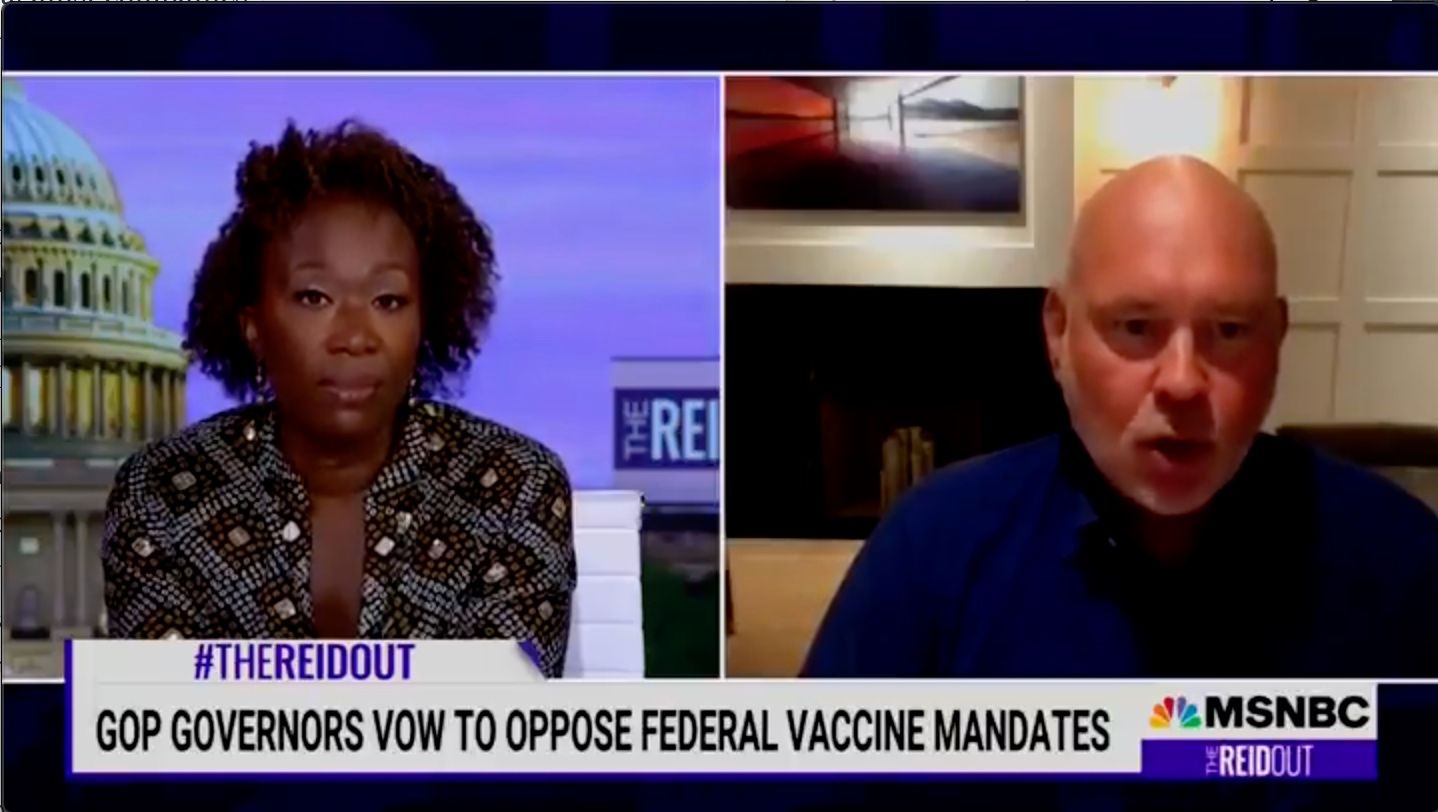 After Biden demanded that most Americans be compelled by their employers to either submit to vaccination or face losing their job, leftist hosts in establishment media applauded the move, and slammed anyone who disagreed with the compelled medical treatment.

CNN's Don Lemon hosted Biden administration advisor Cedric Richmond, who stated his opposition to elected governors that did not get on board with Biden's new vaccine requirement for all employers that have over 100 workers.

"And those governors that stand in the way, I think it was very clear from the President's tone today, that he will run over them," Richmond said.

"It's unfortunate that we have so many governors that are using vaccinations and mask requirements as a political game. But our purpose is to save lives," Richmond said. "And we will do anything and everything under our control to make sure that we protect our citizens, especially those children who cannot get a vaccination yet. And so we have to do everything we can to make sure adults do it.

MSNBC's Joy Reid had similar sentiments expressed by pundit Steve Schmidt, who went on to say that vaccine mandates "are as American as apple pie."

"So you have a lot of rights in America. I am completely opposed to the government mandating that you must, in the private sector as a private citizen, take a vaccine," Schmidt said.

"But you don't have a right to fly on American Airlines or Delta Airlines, Congress should pass laws that make it easier to file class action lawsuits against companies that won't make the right decisions to protect their consumers, that pack them in into canisters and 35,000 feet in the air, for example," Schmidt said.

"The incentives that government can bring in including the imposition of appropriate mandates using the full lawful authority of the United States government," Schmidt said. "And I think it's important to understand that imposing mandates around vaccines and quarantines around diseases is as American as apple pie, and has gone on since the beginning of the country."

"We live in an age of misinformation, and an age of insanity. And enough is enough is enough, reality is reality, and it's time to end the BS. And so I think that he should approach this with an iron fist. And I think that the overwhelming majority of the country is going to be deeply appreciative of somebody standing up at long last and saying to the small minority of nuts in this country enough," Schmidt concluded.

"Yeah, I think I 100 percent agree," Reid said, noting that she thinks most Americans agree with that as well.