Hunter asked his father for $20,000 to attend the facility, which Joe Biden obliged to send. 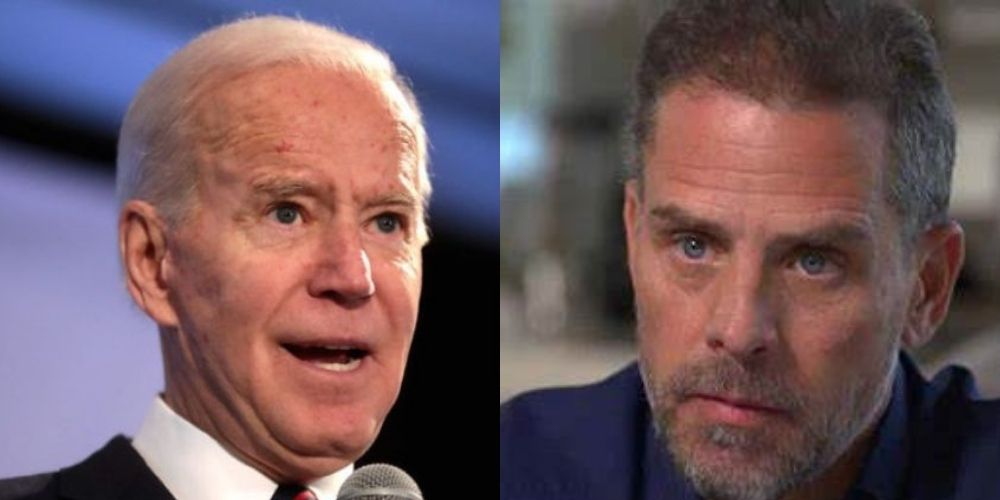 Video evidence has emerged from Hunter Biden's discarded laptop that shows him fondling himself, guzzling alcohol infused seltzer, and smoking a crack pipe while inside a sensory deprivation tank at a detox center.

The Daily Mail reports the video shows "The president's exhibitionist son, 52, is bathed in trippy green light as he floats naked on his back and plays with himself" and that the Biden son "leaves briefly to grab a can of White Claw hard seltzer and what appears to be a crack pipe before taking several hits and staring wild-eyed into the camera as ambient music plays softly in the background."

The video was reportedly taken at the Blue Water Wellness in Newburyport, Massachusetts in January 2019 after Hunter had his father, Joe Biden, wire him $75,000 to cover lapsed bills and alimony.

Hunter reportedly asked his father on December 4, 2018 for the cash with a text message reading, "Is it possible to make me another short term loan in the same amount and I will send it back no later than 10 days?" Joe Biden replied, "'Hunt tell me what you need. No problem."

The December request for funds from Biden senior was one of many cash solicitations around that time.

Just weeks later, Hunter messaged his father to request $20,000 to cover his stay at City Recovery of America, a sober treatment program in Manhattan, as well as a detox program there, only for the Biden son to go to the Massachusetts detox facility instead later that month.

Right before January 2019, Joe sent Hunter $20,000 for a three month stay at a detox facility in New York City and texted a female friend on January 1 that "my dad is paying for whatever I need." Hunter was also referencing a ketamine infusion therapy he was undergoing at the time for "drug resistant depression."

In April of this year, more revelations came out concerning Joe Biden's financing of Hunter in regard to Hunter's shady overseas business deals.  Right before the 2020 presidential election, then-candidate Joe Biden agreed to cover over $800,000 of his son Hunter Biden's bills, including legal bills that were associated with a Chinese firm.

Joe Biden has denied he knew anything about his son's suspicious China deals, despite recently discovered evidence to the contrary.