"The issue is, is the border open? Or is the border closed? Because my understanding is that a lot of this is happening on this side of the border," said Peter Doocy. 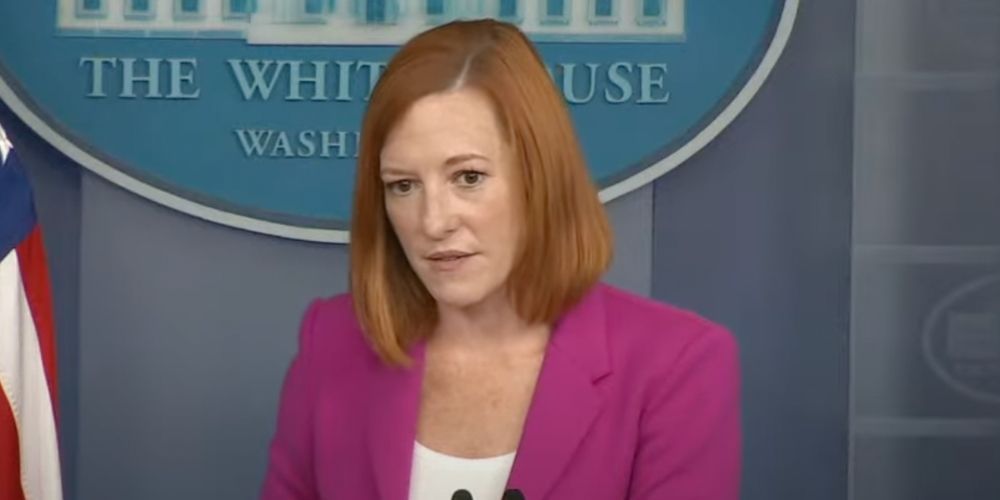 In a White House press conference on Thursday, Press Secretary Jen Psaki was pressed about the current status of migrant removals from Del Rio, Texas, and whether the border is really closed like the Biden administration has repeatedly stressed or if it's essentially open.

"So there are 15,000 migrants under the Del Rio bridge Saturday," Fox News' Peter Doocy said. "If you add up the ones that you say were expelled or released, it's less than 5,000. say there's 5,000 that are still left. Where's everybody else?" He asked.

Psaki stressed that she could get Doocy a "more fruitful rundown" from the Department of Homeland Security. On Wednesday, she had promised that numbers would be given by that afternoon.

"When you talk about how some of these people are being placed in removal proceedings, that does not mean removed, correct?" Doocy asked.

Psaki said that "they're in the process of going through a removal proceeding so that it can go through the process, our immigration process, that's long been in place."

"We understand that, basically, most of these people that are going into removal proceedings are being put on either buses from Del Rio to El Paso and Laredo or being flown to Tucson with no COVID testing, unless they show symptoms, how is that helping anybody stop the spread?" Doocy asked.

"Again, we have a protocol and process in place as it relates to COVID in terms of testing and quarantining, and also vaccines are provided for a range of migrants by our partner organizations in the region," said Psaki.

"Why should somebody say in Laredo, Texas, or El Paso or Tucson, Arizona have to have their chance of catching COVID go up because hundreds of miles away, there is an open border?"

Psaki stressed that there "certainly is not an open border," noting that the administration is continuing to carry out its policies, including Title 42, at the border.

"You say the border is not open. But we're told by our teams on the ground, you guys are releasing pretty much all family units, couples where the woman says that she is pregnant, or single women who say that they are pregnant, and that that nobody actually has to take a pregnancy test unless they want to…" said Doocy.

"Are you suggesting you don't believe when women say they're pregnant? Is that a big issue you think at the border?" Psaki questioned. It was in July that the Biden administration determined that women who were pregnant presently, had been pregnant within the past year, or were nursing, were eligible for entry to the US.

"I am not in charge of keeping the border secure. You guys are," Doocy shot back.

Psaki stressed again that there is a process in place for those that can’t be expelled under Title 42, saying that exemptions include "countries they came from or other countries, including Mexico may not be accepting families with children under the age of seven."

Regarding those people that cannot be expelled, Psaki said, "they are placed in removal proceedings. Those removal proceedings require them to either go to a detention facility, or require them to go get a notice to appear, and including providing their biometric data and otherwise so that they can be — we can ensure we know where they are, and we can ensure we know when they're going to come back. So that's what the process is. If there's a big outrage about pregnant women, I'm not tracking it."

"It's not about pregnant women. The issue is, is the border open? Or is the border closed? Because my understanding is that a lot of this is happening on this side of the border," Doocy said.

"I think you know the answer to that question, and I just conveyed clearly that we're implementing our border restrictions, including Title 42, including making clear that people who are coming through irregular migration, that this is not the time to come, and they will be placed in removal proceedings," Psaki concluded.