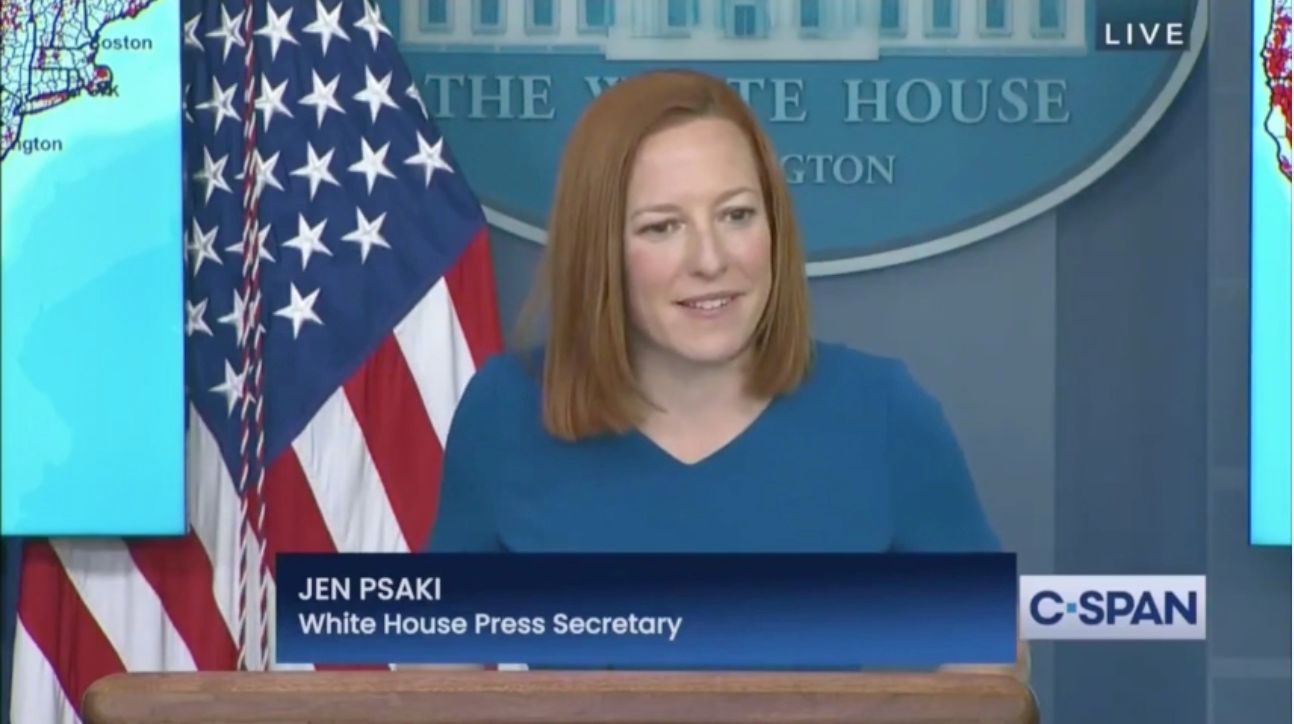 Vice President Kamala Harris was named as the Biden administration's top person on handling the situation on the border, but since that time she has been noticeably absent from the border or from publicly discussing it.

A reporter asked about Harris' absence, saying "On immigration and the border, as we've discussed here today, Vice President Harris has been put in charge of addressing the root causes of the border crisis. Last Tuesday she spoke with Guatemala's president, but she hasn't visited the border, or Central America, or spoken with the leaders of El Salvador or Honduras.

"She was traveling this week, took time to visit a bakery in Chicago, I'm wondering if she's still working on this and can you address the perception that she's kind of quietly backing off while Secretary Mayorkas is pursuing some Trump era policies such as potentially building new border barriers and potentially prosecuting people who illegally cross multiple times?"

"There was a whole lot packed in there," White House press secretary Jen Psaki said, noting that Harris, "like many Americans, she got a snack," in Chicago, where she was sending the message that people should get vaccinated.

"Second, I would say, that yesterday, and this was actually statement put out by her team, USAID announced the deployment of a DART Team, we only have these in a couple of places in the world, so this is fairly significant, to respond to urgent humanitarian needs in Honduras, Guatemala and El Salvador.

"This is meant to help address the immediate humanitarian needs, whether it's about food insecurity, ongoing COVID-19 pandemic, and this is in communities that are still recovering, so that is actually an announcement made by the Vice President's team earlier today.

"This is absolutely an issue that she remains committed to, is in the lead on. The Northern Triangle, which I'm sure you're aware of, is not the same as the border. They're all related to each other but being responsible in the lead on the Northern Triangle is working with these countries in the region, addressing the root causes, working with them on how we can address issues like long-term food insecurity, drought, the COVID-19 pandemic, hurricanes, etc. That's what she's focused on, I don't have an update on when she'll travel, I'm sure it will be soon."

The DART Team, or Disaster Assistance Response Team, that has been announced "comprises disaster experts from USAID focused on rapidly scaling up emergency food assistance, programs to help people earn an income, protection for the most vulnerable, and other critical humanitarian programs."

The cost will be about $112 million, for "emergency food assistance, nutrition services, safe drinking water, shelter, programs to help people earn an income, and disaster risk reduction programs. Of this, $57 million is for people in Guatemala, $47 million in Honduras, and $8 million in El Salvador."