In response to the question, Psaki repeated a Biden campaign slogan, saying that "trans rights are human rights," and didn't address the stated concerns of parents and students. 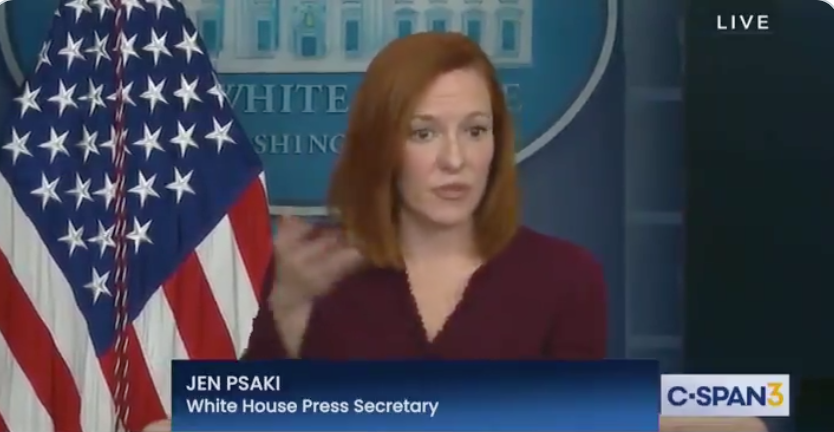 Speaking to reporters on Tuesday, White House Press Secretary Jen Psaki took a question on President Biden's Executive Order allowing biological males to compete in women's sports in academic athletics. That order was signed on Biden's first day in office, only hours after his inauguration on Jan. 20.

In response to the question, Psaki repeated a Biden campaign slogan, saying that "trans rights are human rights," and noted that any issues regarding whether only biological females should be allowed to compete for college scholarships in women's athletics was not the administration's problem.

A reporter was interested to know, "On President Biden's transgender rights executive action, specifically when it applies to high school sports, what message would the White House have for trans girls and cis girls, who may end up competing against each other? And sparking some law suits and concern among parents."

"Does the administration have any guidance for schools on dealing with the controversy arising over trans girls competing against and with cis girls?" A reporter asked.

"I'm not sure what your question is," Jen Psaki replied.

"I'm familiar with the order, but what was your question about it?"

"My question is," the reporter elaborated, "does the president have a message for local school officials dealing with these kinds of disputes that are already starting to arise? Trans girls are competing and cis girls on a level playing field. Particularly in high school sports when it leads to college scholarships. Is there any kind of messaging or clarification that the administration wants to give on the executive order?"

Psaki offered a meaningless platitude that has no guidance at all, saying "The president's belief is that 'trans rights are human rights,' and that's why he signed that executive order. In terms of the determinations by universities and colleges I would certainly defer to them."

Psaki did not address the stated concerns of parents and students who have cause to believe that female athletes will not be able to compete with biological male athletes.

The Executive Order, titled the "Executive Order on Preventing and Combating Discrimination on the Basis of Gender Identity or Sexual Orientation," has received substantial pushback against it.

Female athletes, and those who question the conflation of gender identity with biological sex, have said that it's unfair for girls to have to compete against biological males in sports since biological males are genetically stronger, faster, have greater bone density, and more muscle mass, than girls, even those who would take testosterone, to achieve.