Whitmer risked a breach of trust between the US and Canada by demanding that the pipeline that provides nearly half the oil needs of Ontario and Quebec, must shut down by May 12. 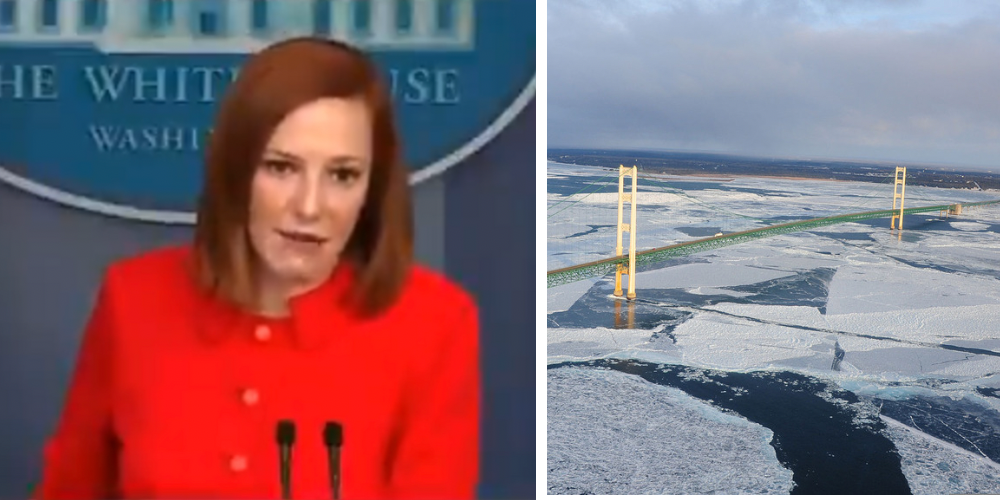 When questioned on whether President Joe Biden has been in contact with Canadian Prime Minister Justin Trudeau on the potential closing of Line 5 in Michigan, Press Secretary Jen Psaki replied "it's in the courts."

"Thats in the courts," she said, "so were not going to have anything to add. It's in a courts process right now."

On Tuesday, Michigan Governor Gretchen Whitmer risked a breach of trust between the US and Canada by demanding that Line 5, the pipeline that provides nearly half the oil needs of Ontario and Quebec, must shut down by May 12. She cited environmental concerns.

"Is this a way to treat an ally?" A reporter asked.

"We've talked about in here how important of a partner Canada is," Psaki said, "and will continue to be on a range of issues from addressing the pandemic to just being a regional partner on facing issues around the globe, but this again is a situation thats in the courts so I'm not going to have more comments on it."

Whitmer announced a hard deadline of May 12 for the Enbridge run Line 5 to be shut down, citing potential problems with the 65 year old pipeline's potential to cause environmental damage if it ruptured.

"These oil pipelines in the Straits of Mackinac are a ticking timebomb, and their continued presence violates the public trust and poses a grave threat to Michigan’s environment and economy," Whitmer's office said in a statement.

The United States is obliged to give a 10-year notice to Canada of closure of the pipeline, which brings 540,000 barrels-per-day of oil into Canada.

"This case raises concerns regarding the efficacy of the historic framework upon which the U.S.-Canada relationship has been successfully managed for generations," the Trudeau government said in a brief, adding that "Michigan's move "threatens to undermine important aspects of that cooperative international relationship."

Minister of Natural Resources of Canada Seamus O'Regan Jr told CTV that a contingency plan would be "messy" and would "take months to put into place." He added that the alternative to the pipeline would involve trucks, boats, railway cars, and would be "messy, it will be polluting, and it will be expensive."

O'Regan Jr. wrote in a statement responding to the Canadian Government's filing of an amicus brief that "Under the federal court's order, Enbridge and Michigan have entered into a mediation process and are meeting regularly."

"We remain confident this will lead to a solution. In filing this amicus brief, we worked with the governments of Alberta, Saskatchewan, Ontario and Quebec," O'Regan added. "We are continuing to work together to defend Line 5, leaving no stone unturned in defending Canada's energy security and the workers who built this country."