Andreessen explains how "Woke Twitter" has "ex-communication. They have sin. They have redemption or lack thereof." 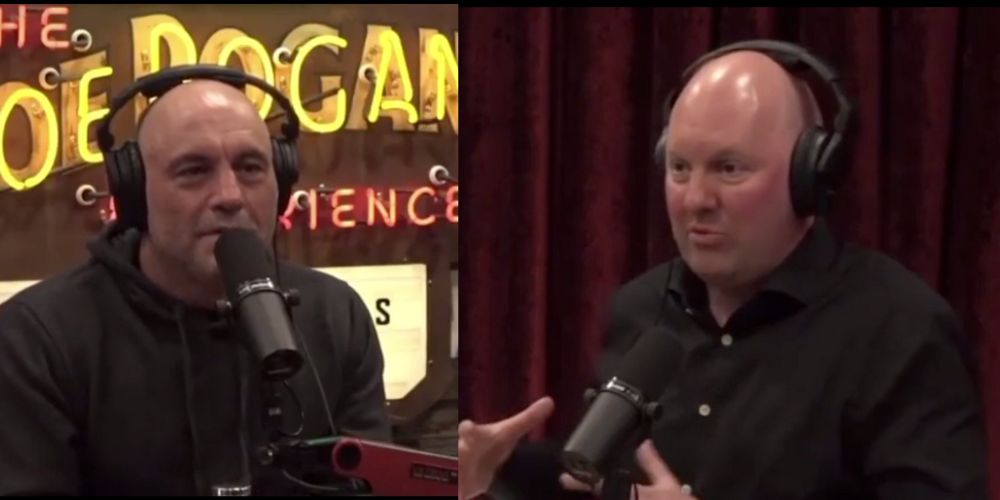 In a clip tweeted by The Post Millennial and then retweeted by Rogan, Andreessen explains how "Woke Twitter" exhibits the same behavior of "evangelical Protestantism in sort of structural terms" and has every "hallmark of religion."

Andreessen was describing how the human psyche is hardwired for religion and said "we want to be members of groups" and "we want to form new religions." He described how humans skewing towards inventing cults will make up "new ethical and moral systems and hold each other to them." As these qualities of religion are the rudimentary components Andreessen described exclusivity as the "hallmark."

"The hallmark of any religion" or "cult," the tech entrepreneur said, is "some crazy some belief that strikes outsiders as completely crazy." And rhetorically asks: "What's the role of that crazy belief?"

"The role is that by professing your belief in the crazy thing, you basically certify that you're a member of the group," and "You're willing to stand up and say, Yes, I'm a believer."

"That's Woke Twitter!" the host interjected. Rogan, who is a vocal critic of woke ideology, is not the first to describe wokeness as a secular religion but Andreessen lists the remaining symptoms.

"They have ex-communication. They have sin. They have redemption or lack thereof," and "they have their original sin" which he says is their "privilege" doctrine.

Rogan added they have "proclamations of piety" which Andreessen refused to give when, in 2021, he was falsely accused by then New York Times journalist Taylor Lorenz as having used a derogatory slur towards the mentally handicapped in a Clubhouse chatroom.

Finally, Andreessen said "they have church" which are their DEI, or "Diversity, Equity, and Inclusion," seminars.