The journalist Taylor Lorenz deleted her tweet after it was revealed that the claims were made up. 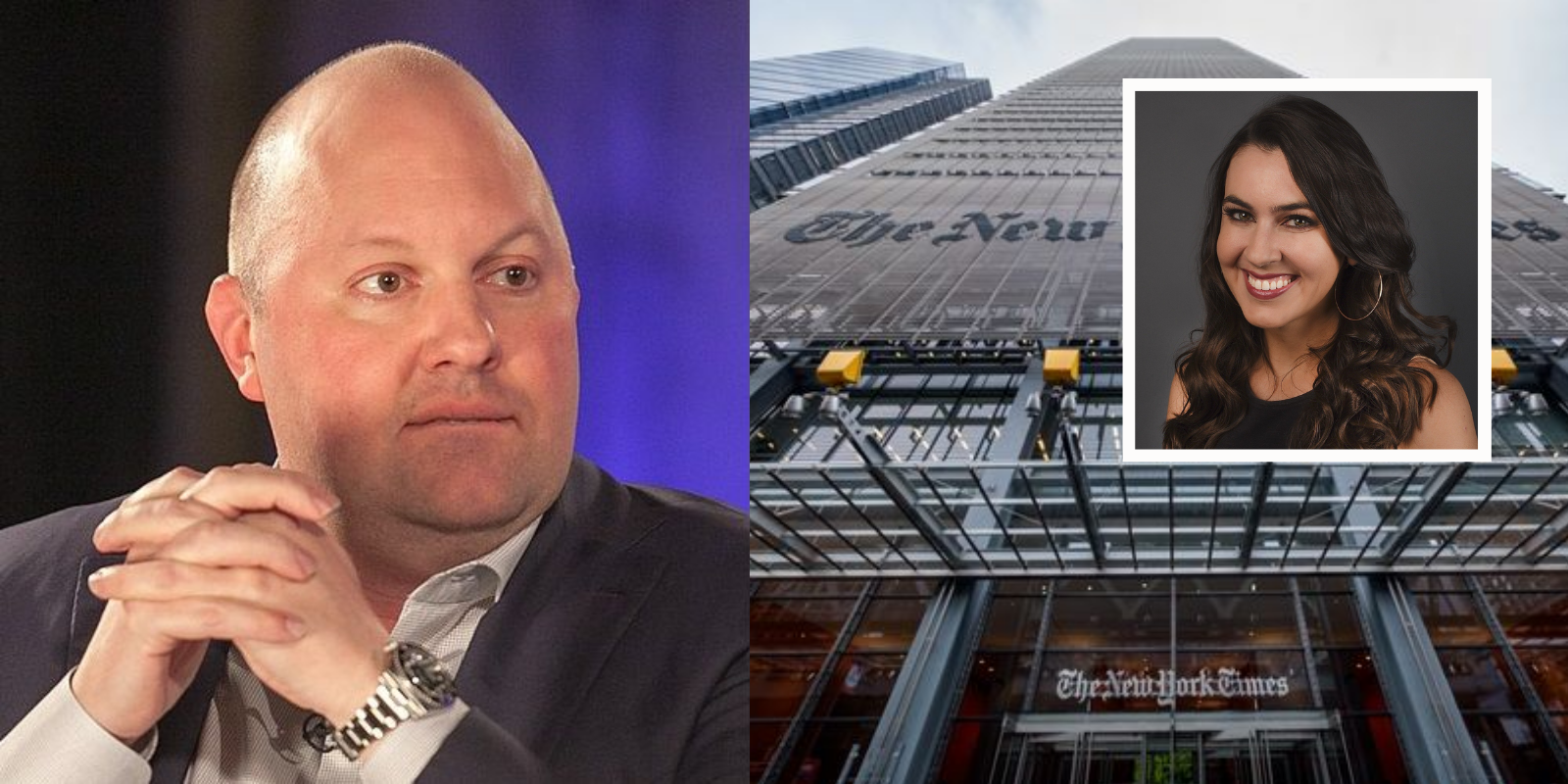 Taylor Lorenz, a journalist for The New York Times, falsely claimed in a tweet on Saturday that tech entrepreneur Marc Andreessen used the "r-slur" during a discussion on the private group chat platform Clubhouse.

The "r-slur" refers to the term "retard," which is widely considered to be derogatory towards people with mental disabilities.

Andreesen, a Silicon Valley entrepreneur who co-founded Mosaic and Netscape, was giving a talk over Clubhouse about the ongoing controversy surrounding GameStop. GameStop's stock price rose dramatically in early February after a number of users of the subreddit r/WallStreetBets realized that the stock was being heavily shorted. The users decided to mass-invest in the stock, skyrocketing the price and costing hedge fund short sellers billions of dollars.

During the discussion, another person named Felicia Horowitz briefly mentioned that the Redditors who fueled the GameStop short squeeze referred to themselves as "retard revolution," according to the discussion moderator Nait Jones.

Despite Andreesen never having used the word, Lorenz decided to tweet that he did anyway, and included in her tweet the names and faces of other people who were present in the chat room.

Lorenz deleted her tweet after it was revealed that the claims were made up. She refused to correct herself, however, stating that even though it had been clarified that another person in the room used the word, "many in the room" heard Andreesen use it. It is unclear if anyone else actually heard him use the term or if she used the term "many" as a majestic plural.

She also said she wants people to "understand how some people in the room felt hearing it" as opposed to apologizing for tweeting false accusations. Lorenz has since switched her Twitter account's privacy settings to private.

After the incident, Twitter users expressed outrage at Lorenz for using her platform to lie about Andreesen, with many speculating that she made the tweet to intentionally damage his career or the reputation of the Clubhouse app.

The incident is not the first time in the past few months where journalists have "infiltrated" the chat room app, which hosts private and invitation-only servers, to expose speech which the journalists deem to be unacceptable. "In other words, journalists, desperate for content, have flagged Clubhouse as a new frontier for their slimy work as voluntary hall monitors and speech police," Glenn Greenwald wrote.

Greenwald linked the controversies surrounding Clubhouse to a general push by corporate journalists to promote censorship and speech policing in all aspects of digital life, including private servers. He pointed to articles listing podcasts and private messaging apps, among other online spaces, as places which require greater monitoring for unapproved speech.

Journalists who have expressed support for online censorship and surveillance have argued that such measures are necessary to identify and prevent the flow of disinformation and hate speech.

The New York Times itself has faced substantial controversy in the days leading up to this incident. One of their journalists, Andy Mills, was forced to resign on Saturday after it was revealed that he had used fake sources for a series of podcasts about ISIS. Pulitzer, which had placed the podcast as a finalist for the Pulitzer Prize for International Reporting, revoked the podcast's award late last year.

The newspaper also fired one of their science reporters, journalist Donald McNeil Jr, on Friday after it was revealed that he had made use of the n-word in response to a question about the use of the word by a 12 year old who was on a trip to Peru held by the newspaper. "I asked if she had called someone else the slur or whether she was rapping or quoting a book title," McNeil said. "In asking the question, I used the slur itself."

While the newspaper's African-American editor-in-chief Dean Baquet suggested that the incident required "only" a reprimanding as "it did not appear to me that his intentions were hateful or malicious," many of McNeil's fellow colleagues wrote a letter demanding that he be reinvestigated.

"We do not tolerate racist language regardless of intent," The New York Times said in an email regarding the incident. "Every person in leadership at The Times is dedicated to building a culture where each of our colleagues feels supported and respected." McNeil was subsequently fired.

McNeil apologized for the incident upon his departure.

The decision to dismiss McNeil, who had been with the paper for 45 years, garnered substantial criticism, with author Andrew Sullivan describing McNeil's apology as being similar to "a confession procured by the Khmer Rouge."