We aren't having the right conversation about Liam Neeson

Forty years ago, Neeson was so overcome with an animalistic rage—triggered by the horrifying rape of a loved one—that he had irrational thoughts. He regretted those thoughts, and sought counsel afterward. 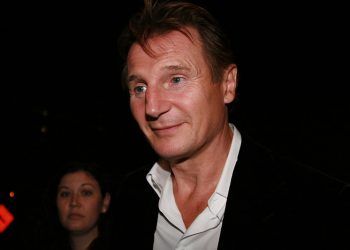 Have you ever said or done something you didn’t truly mean while in a fit of rage? Something that shocked you because it’s so unlike your normal behavior?

Forty years ago, Neeson was so overcome with an animalistic rage—triggered by the horrifying rape of a loved one—that he had irrational thoughts. He regretted those thoughts, and sought counsel afterward. But still. He had the thoughts. And they were bad. Truly awful. So, as I’ve written about here and here, it is once again time for the public shaming of a person to commence.

In fact, the red carpet for his new movie premiere was already cancelled.

It all started on Feb. 4th, when the Independent released an article containing an interview with Neeson for a press junket promoting his new film, Cold Pursuit. While discussing the concept of revenge—a theme in his movie—he explained a time in his past when he was overcome by the desire for revenge.

He recounted that nearly 40 years ago, one of his loved ones was brutally raped by a black man. He detailed the shocking story of how he was so overcome with rage and the desire for revenge, that he went looking for a random black man who would start a fight with him, so he could kill him. It was a stunning and difficult confession that speaks to the dark and disturbing nature of revenge.

Following the release of the Independent article, a tidal wave of condemnation overtook social media. From Piers Morgan’s tweetstorm and ridiculous article, to articles like this in which Gary Younge actually writes, “The next time someone asks me why I have a chip on my shoulder, I need no longer brush the question away with disdain. I can say, with all sincerity: ‘Because there may well be an Oscar-nominated actor out there who wants to kill me, so I have to be alert at all times.’”

The insinuation is Liam Neeson wants to kill him because he’s black. Unbelievable. Younge is uninterested in the fact that the incident was 40 years ago, that it was under intense psychological and emotional duress, that nobody was actually hurt, and that Neeson has acknowledged how horrific, wrong, and unnatural his thoughts were. Younge also comes across as a rape apologist, referring to rape by a black man as a “racist trope,” rather than a horrifying reality for Neeson’s friend.

With the backlash intensifying, Neeson attempted to clarify his comments in an interview with Robin Roberts on Good Morning America. “I had never felt this feeling before, which was a primal urge to lash out,” he confessed with stark honesty.

Now we have to ask ourselves an important question: Do his thoughts speak more to a lifestyle of racism, or to the traumatizing psychological impact of the brutal rape of a loved one? Considering Neeson has no racist tendencies that we know of, I would lean towards the latter.

Neeson admitted to Roberts that he did seek help after he realized the depravity of his mindset, speaking with a priest, as well as confiding in friends. He did not continue on searching for black men to kill.

Roberts asked him if he would have reacted the same way if the rapist were white. “Oh definitely…I was trying to stand up for my dear friend, in this terrible medieval fashion,” he admitted. Neeson was refreshingly honest in the interview, knowing full well what the consequences would be: collective outrage aimed directly at him. And the outrage continues to rain down.

Collective outrage is a growing phenomenon because of the pervasiveness of social media. But it’s become increasingly clear that not all scandals are created equal.

It was only last year that the Sarah Jeong scandal erupted across the internet, after it was discovered that the newly hired New York Times editorial board member had tweeted out things like, “oh man it’s kind of sick how much joy I get out of being cruel to old white men,” and “#CancelWhitePeople.”

She claimed her statements were intended to be “counter trolling” to fight racism. So her thoughts, written down and proudly shared with the world, were granted the courtesy of “context.” She kept her job.

Yet, in the context of a brutal rape, people can’t possibly comprehend that one might have irrational, rage-filled thoughts. Instead, these thoughts must indicate underlying racism. And that 40-year-old racism must be harshly punished.

Remember the collective outrage we felt against Larry Nassar, the man convicted of molesting hundreds of gymnasts? One of the gymnasts fathers even tried to attack Nassar in the courtroom. His rage was primal, and justified. Neeson’s rage was also primal and justified … but his thoughts and subsequent behaviors were not justified. And he has admitted such, which is more than most people would ever dare to confess.

Today our collective outrage isn’t aimed toward his friend’s rapist. We’ve casually glossed over the brutal rape, in favor of the race narrative we prefer to focus on. And to be clear, Neeson never laid a finger on anyone. He had horrible thoughts, but never acted them out.

At the end of the Good Morning America interview, Roberts asked Neeson about what his “teachable moment” was. There was zero discussion about the heinous brutality of rape. ZERO. That’s a huge problem. She seemed more offended by his thoughts than by the actual rape of his friend.

This harkens back to only a week ago, when the governor of Virginia discussed approvingly of what essentially amounts to legal infanticide on a radio show. But the true outrage came a few days later, over a 30-year-old racist yearbook photo. Never mind about killing babies. He should resign over an old photo. Decades-old thoughts and non-criminal deeds are worse than actual lived-out crimes.

As Neeson’s interview came to a close, he turned the question of a “teachable moment” back on Roberts, wanting to hear her thoughts. She told him the lesson was that Neeson must acknowledge the hurt he’s caused black people, which he agreed with.

However, her entire approach to the situation is based on the assumption that the underlying cause of his behavior was racism, ignoring the intense psychological impact rape can have on the friends and family of victims. Secondary victims of rape, meaning a friend or family member of the victim, can often show signs of PTSD.

Studies have shown that counselors of sexual abuse victims are more likely to show signs of secondary traumatization if they had personal trauma in their history. Although not a counselor, it is possible that Neeson experienced a similar psychological trauma, amplified by his past, a past that he described a bit to both Roberts and The Independent: “I grew up in Northern Ireland in the Troubles … and I understand that need for revenge, but it just leads to more revenge, to more killing and more killing, and Northern Ireland’s proof of that.”

Maybe we need to be having an honest conversation about rape being a monstrous evil, capable of causing the darkest parts of our being to erupt to the surface. Maybe we could show some compassion for the rape victim. Maybe we could understand that none of this would’ve happened if a man hadn’t raped a woman.

Neeson nails it at the end of his Good Morning America interview, saying what we should all be saying right now: “Violence breeds violence.”