"We're becoming much more proactive. We own the science, and we think that the world should know it," the UN's Melissa Fleming said at the WEF's "Sustainable Development Impact Meetings." 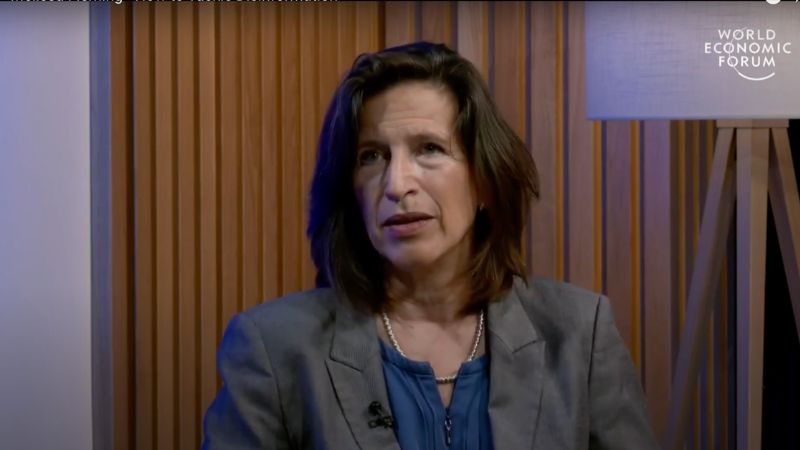 Olivia Rondeau
Oct 2, 2022 minute read
ADVERTISEMENT
ADVERTISEMENT
During a World Economic Forum (WEF) anti-disinformation panel last week, a United Nations representative announced that they "own the science," in reference to their "climate information" partnership with Google.

At the WEF's "Sustainable Development Impact Meetings," participants from the UN, CNN, and Brown University discussed best practices on controlling narratives as part of the "Tackling Disinformation" panel.

The UN's Under-Secretary-General for Global Communications, Melissa Fleming, brought up their partnership with big tech companies including TikTok and Google that contribute to controlling the narrative on climate change.

"We partnered with Google," she said, adding, "for example, if you Google 'climate change,' you will, at the top of your search, you will get all kinds of UN resources."

"We started this partnership when we were shocked to see that when we Googled 'climate change,' we were getting incredibly distorted information right at the top," she said, before claiming ownership of science.

"We're becoming much more proactive. We own the science, and we think that the world should know it, and the platforms themselves also do," she said.

"We had another trusted messenger project, which was called 'Team Halo' where we trained scientists around the world and some doctors on TikTok, and we had TikTok working with us," Fleming said.

She went on to admit that the strategy to counter people's distrust of institutions such as the UN in relation to Covid information was to recruit influencers to prompt their messaging.

"Another really key strategy we had was to deploy influencers," she said, adding, "influencers who were really keen, who have huge followings, but really keen to help carry messages that were going to serve their communities, and they were much more trusted than the United Nations telling them something from New York City headquarters."
ADVERTISEMENT
ADVERTISEMENT
MelissaFleming