Wernick says ‘has to report back to Trudeau’; PMO says it never happened

The PMO said that in addition to Trudeau, the office was “unaware of the full contents of this recording before today.” 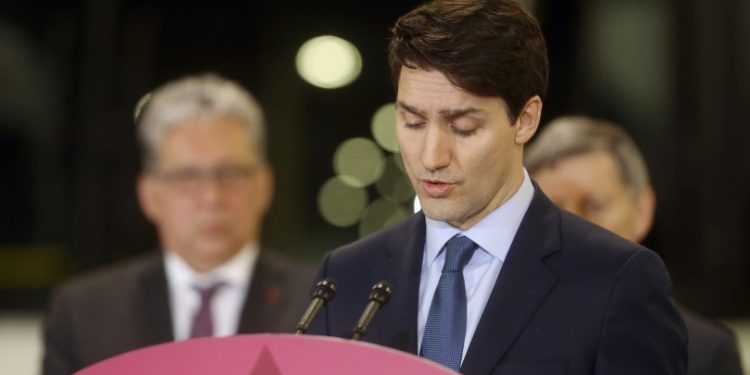 The Prime Minister’s Office now claims Michael Wernick never briefed Justin Trudeau on the December 19, 2018 phone call he made to former Attorney General Jody Wilson-Raybould – a call she secretly recorded, and was released to the public Friday.

This appears to contradict Privy Council clerk Wernick’s own words during the 17-minute call when at the end he says “I am going to have to report back to (Trudeau) before he leaves,” before adding that he “just saw (Trudeau) a few hours ago.”

In a statement to Global News Friday evening, the PMO said that in addition to Trudeau, the office was “unaware of the full contents of this recording before today.”

During a stilted, at times tense conversation between the nation’s top civil servant and its chief prosecutor, Wilson-Raybould repeatedly warns Wernick his request – that she intervene in SNC-Lavalin’s criminal trial via deferred prosecution agreement – as well as the phone call itself, have entered precarious legal territory.

“It’s entirely inappropriate and it is political interference,” Wilson-Raybould says at one point.

The scandal that has engulfed the Trudeau government since a February 7, 2019 Globe and Mail story alleged Wilson-Raybould was removed as attorney general for failing to go easy on SNC-Lavalin for bribery and corruption charges it currently faces.

The Québec construction firm and two of its subsidiaries are accused of paying $48 million in bribes to Libyan officials to win contracts there between 2001 and 2011. Without a deferred prosecution agreement, if convicted of the charges the company faces a decade-long ban on bidding for federal contracts.

Throughout the conversation Wernick, who resigned on March 18 over the scandal, says Trudeau’s position is, “quite determined, quite firm.”

“He wants to know why (deferred prosecution agreement) route that parliament provided for isn’t being used. I think he’s going to find a way to get it done,” says Wernick. “I wanted you to be aware of that.”