When is it over?

Why is it that when it came to placing restrictions on Americans the science was clear and provided clean metrics, but now that Americans want their freedoms back, the science is nuanced and nobody really knows when it's over? 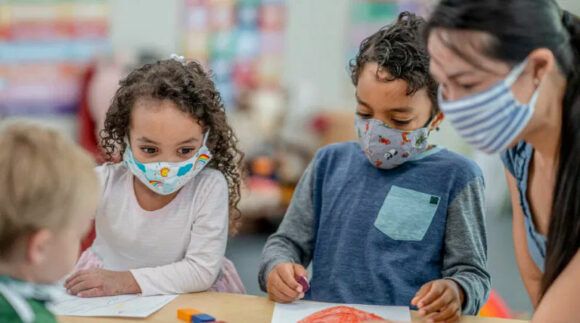 Endings are difficult. I don't mean the sorrow of people passing, or the passions of sudden split-ups, rather, endings are difficult to come up with. This is why so many symphonies seem to end five times before finally resolving. It's why so many movies have great first and second acts but fall apart in the final third. In theater it's called a "button" and most often it is hidden in a haystack. As we seek to button up the coronavirus crisis we must first ask: When is it over?

There will be no VE Day style celebrations to mark the end of our pandemic lockdowns, no long kisses in Times Square, no parades or feats of strength. This is because for much of the country this particular war is already over, and for much of the rest it may never end. Perhaps we could say we will know it is over when we are no longer taking any daily measures specifically to combat COVID. No masks, no distance, no awkward elbow bumps. But when—or maybe we should ask will— that be?

What was maddening and scary about the display of our elected officials at President Biden's science-scoffing address to congress was the blurring of the goalposts. All of these people were vaccinated; they were at minimal capacity in a huge room while socially distant and yet they still wore masks. It's a blurring, not a moving of the goalposts because the goalposts haven't been set or moved to any actual metric. The end of the coronavirus crisis is apparently like pornography: We will know it when we see it.

Now The New York Times tells us that we will never reach herd immunity, that this virus and presumably the restrictions it occasions are with us forever. It tells us that vaccination "may be" enough to return us to normal. May be? So perhaps it may not be? Why is it that when it came to placing restrictions on Americans the science was clear and provided clean metrics, but now that Americans want their freedoms back, the science is nuanced and nobody really knows when it's over? Dr. Fauci says we are in the bottom of the sixth inning of the crisis, but how are we counting outs? When does an inning end?

It turns out the question of when it is over goes well beyond abandoning habits of personal protection. When it's over governors will no longer rule with dictatorial emergency powers. When it's over good old-fashioned American constitutional order will be restored. But again, when exactly will this happen? When will we live in a nation not suffering from a public health crisis?

From the beginning of the lockdowns there were many who spoke of the need for, even the inevitability of, a new normal when it's over. Setting aside the fact that there are many Americans who were big fans of the old normal and would just as soon have it back, how is the new normal being negotiated? Who has a seat at the table? Is it all to be decided by a president and congress that perform the macabre dance of distance and masking in exactly the situations where they promised us it would be needless?

Perhaps big tech and the news media will help determine when this is over and what this new normal will be. What practices from the crisis will they continue with? Deplatforming and dismissing dissident voices? One thing seems clear: The longer that the ending of the crisis is put off the more elements of restriction will remain. No accounting of what we have done is possible until we can look back on it, and in the meantime, pearls of the permanent loss of freedom will be formed.

Our great fear should be that years from now we look back on freedoms lost and say to ourselves, "Yes, I suppose that was bound was happen." The best way to avoid that is to demand an official and total end of the crisis. Those who hem and haw over such a question, that leave open the lane of forever mitigation must be forced into a corner of numbers and data. They must be made to give us actual goalposts.

In Jean Paul Sartre's play No Exit four characters people a little room in Hell, which the author defines as "other people." The final line is a bit of a sad joke. As they realize they are all trapped together forever one quips, "Well, lets get on with it." In the world of the play there is no ending, but in the real world there is, the house lights come up, the audience gathers their things and leaves.

It may generally be said that it is better to be an audience to Sartre than a character of Sartre's. We find ourselves facing a choice along these lines. Should we remain in existential crisis or exit the theater and go about our lives? We must let it be over. Put another way, shall we go? Yes, let's go.