Where would you rank Justin Trudeau on the all-time-greatest-PM list?

Time is usually needed to truly tell how well a prime minister did during their time in office. It takes a while for the full impact of legislative changes, economic policy, and social changes to be quantifiable. 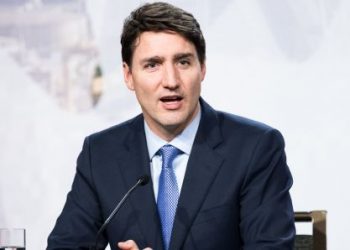 Although we still don’t know how the upcoming federal election will turn out, many of us in Canada have our fingers crossed that current Prime Minister Justin Trudeau will soon have the prefix “former” added to his name.

Time is usually needed to truly tell how well a prime minister did during their time in office. It takes a while for the full impact of legislative changes, economic policy, and social changes to be quantifiable.

Many people give different numbers of years before a decision can be made. I’ve personally heard a variety of different waiting periods. Everything from 5 to 10 years, to 1 or 2 following PMs. “Only then, can we can truly measure how well a PM did,” they say.

But I have a hunch that Justin Trudeau’s public perception may already be in the proverbial toilet. As many of you already know, Justin Trudeau’s current approval ratings were recently lower than U.S. President Donald Trump’s.

While that may sound bad… There’s no way around it. Trudeau was leading opposition party Andrew Scheer in opinion polls up until early 2019.

Ever since the behemoth SNC-Lavalin scandal took place, it seems as though Trudeau’s chances at winning over the general public have reached lower odds than imaginable.

So where will Trudeau rank after his tenure is over? Where will he stand among all of the great men (and one woman) who led our prosperous nation?

Well, let’s try to get an indicator. In 2016, MACLEANS ranked Justin Trudeau within the second quartile of Prime Ministers. That’s to say that he’s within the top 12 PM’s, considering that there have only been 23.

More specifically, though, Maclean’s went so far as to rank Justin Trudeau as the 10th greatest prime minister in our nation’s history. Granted, he had only been in office for around a  year’s time, and the worst had yet to come.

What do you think? Who was the greatest prime minister in Canadian history? Let us know in the comments below.