Whistleblower: Seattle Fire Department staffing crisis so dire 'someone is going to get killed'

The department is so short-staffed that a fire station was completely out of commission because there were so few staff available, and those that were on duty, were tasked with being present for medical assistance at a Kenny Chesney concert. 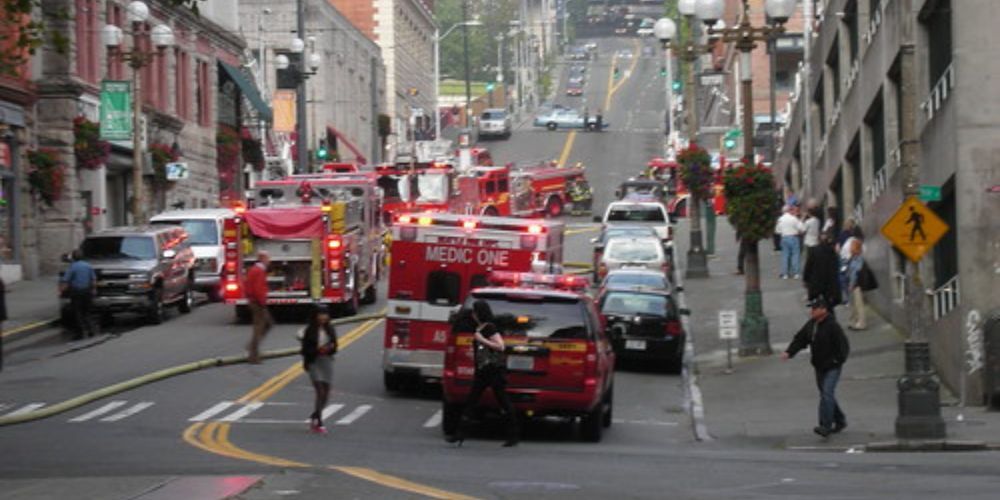 The staffing crisis at the Seattle Fire Department is so dire that one whistleblower said "someone is going to get killed," and is worried the city will not take action to solve the problem, even if the victim is a Seattle firefighter.

According to internal documents obtained by The Post Millennial, as of July, there are "more than 110 vacant positions for uniformed SFD members" in the department, and the shortfall is expected to last "12-18 months" at minimum.

Firefighters told The Post Millennial that the department is so short-staffed that last Saturday night, a fire station was completely out of commission in the Queen Ann neighborhood because there were so few staff available, and those that were on duty, were tasked with being present for medical assistance at a Kenny Chesney concert.

Similar staffing shortages have occurred in the past due to other large events such as Seahawks games.

Due to the lack of staffing, units are taken offline, which used to be called a "brown out" before the term was deemed racist. 486 units were browned out in 2022, compared to 176 at the same time in 2021.

Staffing shortages in the department have been increasing since 2019. However, the crisis became exponentially worse following Democratic Governor Jay Inslee’s vaccine mandate for state workers. Democratic Seattle officials followed suit and enacted their own vaccine mandate.

Documents obtained through a public disclosure request showed that despite the mandate, firefighters still contracted COVID and were out of commission due to the virus and those numbers continued to increase after firefighters who refused to get the jab were terminated.

Additionally, overtime pay skyrocketed, as did units that were unavailable due to lack of staff.

The staffing crisis is unlikely to get better anytime soon. According to internal documents obtained by The Post Millennial, as of July, there are "more than 110 vacant positions for uniformed SFD members,  and "the shortfall is expected to last "12-18 months" at minimum.

One firefighter told The Post Millennial that new recruits do not have as much "life experience" and are rushed through training, which has become a safety concern. The example given was if a new recruit after training doesn’t know much about how a structure is built, they can "cut into an area which can compromise the integrity of the building." The firefighter added that a supervisor told them to "keep their heads on a swivel" for their own safety due to the inexperience of new recruits.

The same source added that "people could die" and they do not believe that the shortages will be addressed until someone does.

In November, a 13-year-old boy watched his 45-year-old father die from cardiac arrest while pleading with 911 to save his life because first responders couldn't arrive in time to save him because of the staffing crisis.

One former firefighter told The Post Millennial, "They could start solving their staffing crisis tomorrow if they wanted to by hiring us back. Instead, guys are going to other departments that don't have the mandate."