A person sitting at a neighbouring table flashed the middle finger at him. The man filming says, "This is the America you want to live in?" 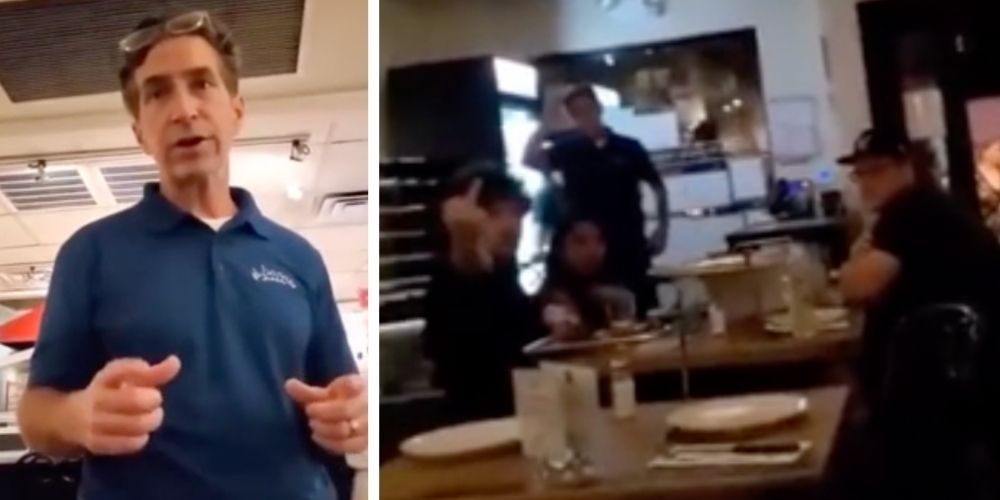 A video surfaced on Twitter of a black family allegedly being kicked out of a New York restaurant Thursday for not having their vaccine documents.

"So you're refusing to serve us? Are you refusing service?" the man filming asks.

"Yeah, you don't have your vaccination card or your ID," responded the restaurant worker.

"So you're going to enforce segregation because we just told you that we're religiously exempt?"

The man filming responded that he would not leave and asked the surrounding tables, "everyone in here is okay with that?"

He continued: "We don't have our vaccine cards, so now the kids can't eat, we can't eat. You guys are okay with that?"

A person sitting at a neighbouring table flashed the middle finger at him.

"This is the America you want to live in?"

"This is America, and in America, everyone can eat."

The man continued to ask nearby people if they were okay with the situation before responding to a comment made by the restaurant worker.

"I told you that we're religiously exempt," he said. "If you read the poster that you posted … from the city, it says you cannot discriminate."

"Read the poster. It says it on there."

The video was filmed in New York City which has one of the most restrictive vaccine mandates in the US. Customers are required to show their ID and proof of at least one dose of the COVID-19 vaccine to enter most establishments across the city, including restaurants. This went into effect on August 17.