WHO demands that US restore funding

The World Health Organization reached out to the US government on Wednesday to ask them to reconsider their recent suspension of funding. 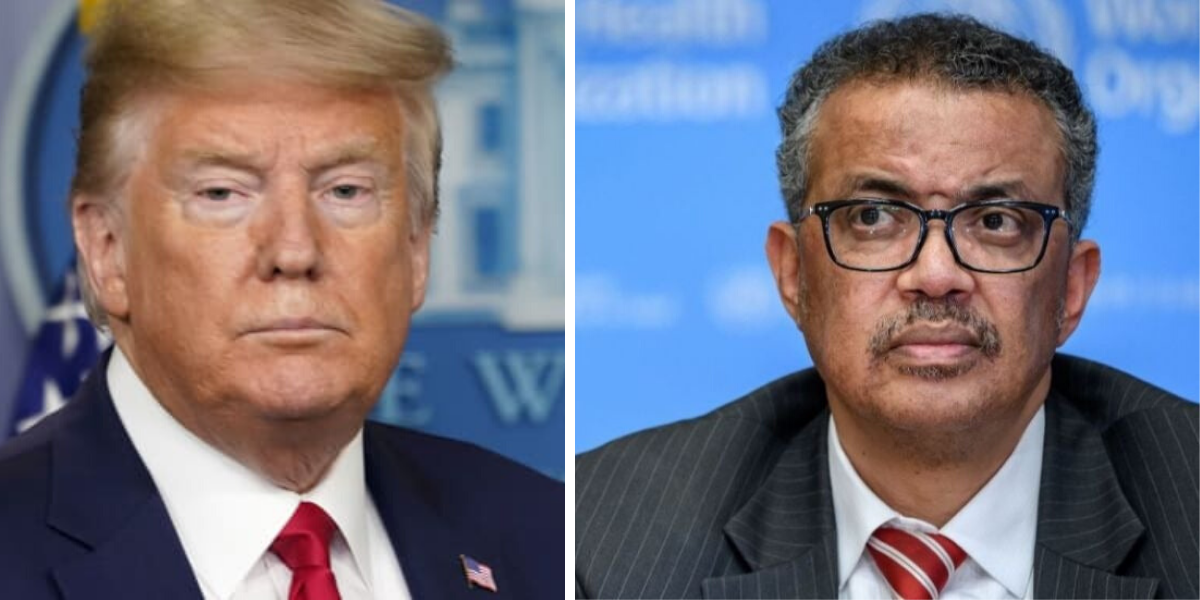 The World Health Organization reached out to the US government on Wednesday to ask them to reconsider their recent suspension of funding, according to the Reuters.

The Trump administration announced that the country would quit funding the organization on April 14, despite many in disagreement with the decision.

The President has been critical of the WHO's management of the pandemic and also stated his concerns regarding the organization's relationship with China.

On Wednesday, Mike Pompeo, US Secretary of State, said that the US has reason to believe that China failed to report the coronavirus outbreak to the WHO when it was first discovered. Since then, the US and others strongly believe that the WHO is too influenced by the demands of China.

Tedros Adhanom Ghebreyesus, the WHO's Director General said that there were a number of "worrying upward trends" that have been seen in the early stages of the some of countries in Africa and South America.

“Most countries are still in the early stages of their epidemics and some that were affected early in the pandemic are starting to see a resurgence in cases,” said Tedros through a virtual briefing.

“Make no mistake we have a long way to go. This virus will be with us for a long time,” he said, while noting that epidemics in Western Europe appear to be stabilizing or declining.

“I hope the freezing of the funding will be reconsidered and the US will once again support WHO’s work and continue to save lives,” said Tedros. “I hope the US believes that this an important investment, not just to help others but for the US to stay safe also.”

Dr. Mike Ryan, the WHO's top emergencies expert said he's worried about what might happen if countries decide to allow global travel again too abruptly, which would require "careful risk management." In Africa for example, Dr. Ryan mentioned a recent spike of infections, up almost 300 percent in Somalia. "We are at the beginning in Africa," said Ryan.

“There are still many gaps in the world’s defences and no single country has everything in place,” said Tedros. The WHO is pleading with countries to continue putting their efforts into 'preparation' for the worst because only 76 percent of countries have surveillance systems in place to detect cases.

Tedros defended the WHO's decision to declare coronavirus an international emergency on January 30, a date many critics feel was far too late.

Amid criticism that it should have acted earlier, Tedros defended the WHO’s decision to declare an international emergency only on January 30, saying, “Looking back I think we declared the emergency at the right time and when the world had enough time to respond,” said Tedros.

He went on to explain that at the time of their announcement there hadn't yet been any deaths and there were only 82 active cases of coronavirus outside of China.