Gina Carano was fired and run out of Hollywood after comparing COVID restrictions to the way Nazis treated Jews during the Third Reich. 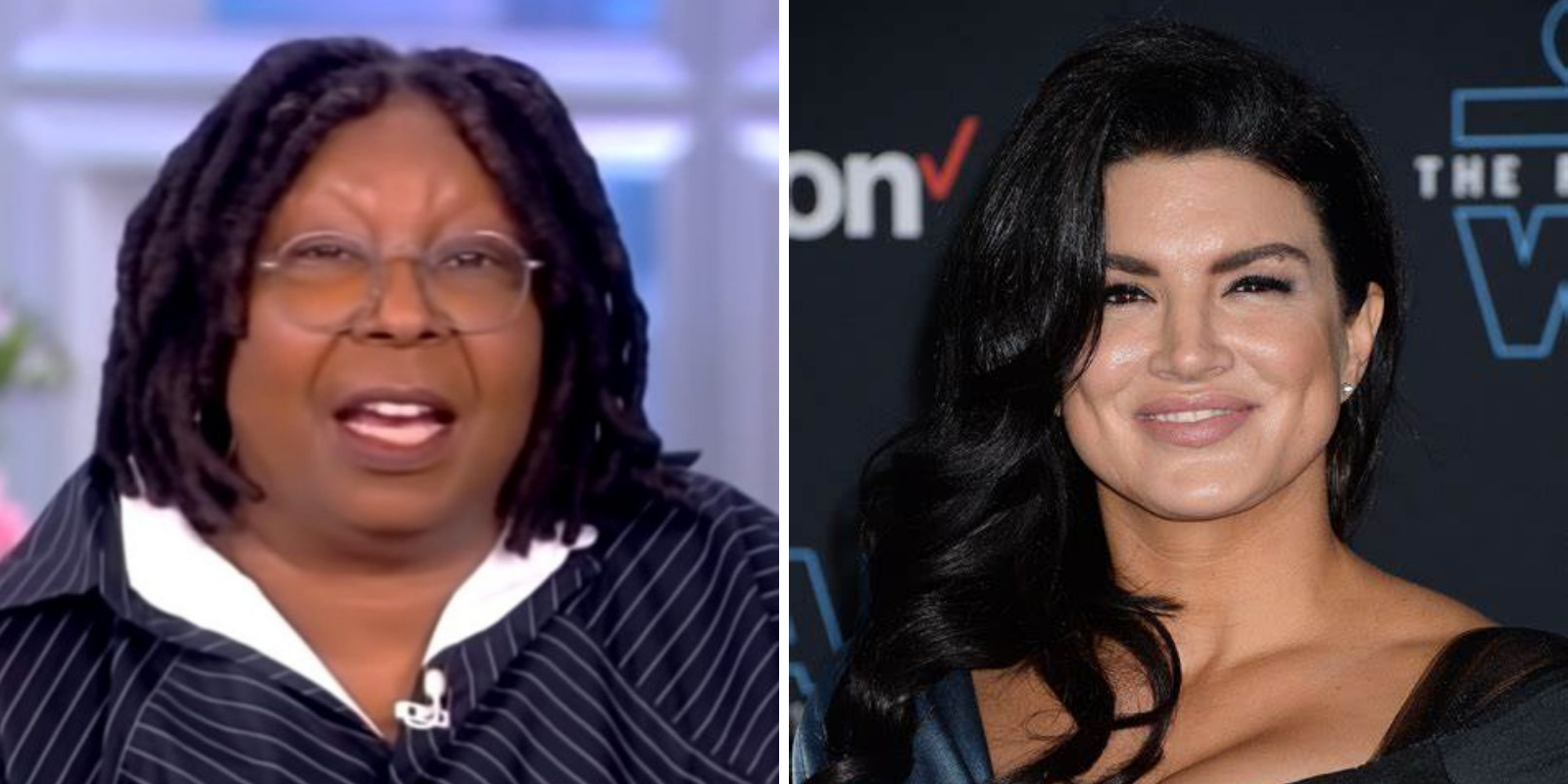 Gina Carano was fired and run out of Hollywood after comparing COVID restrictions to the way Nazis treated Jews during the Third Reich. Whoopi Goldberg got a two-week suspension for saying the Holocaust wasn't about race.

Carano, who has taken a strong line against COVID-inspired restrictions from mandatory vaccinations to business closures, was released from her contract with Disney, parent company of ABC, just one year ago. ABC broadcasts "The View," where Goldberg first made her remarks.

The impetus for the firing of Carano was essentially an Instagram post that received lots of pushback. It read: "Jews were beaten in the streets, not by Nazi soldiers but by their neighbors … even by children. Because history is edited, most people today don’t realize that to get to the point where Nazi soldiers could easily round up thousands of Jews, the government first made their own neighbors hate them simply for being Jews. How is that any different from hating someone for their political views."

Goldberg said on-air about the Holocaust "No, it's not about race. It's not about race." She went on to say that "It's about man's inhumanity to man. That's what it's about." In defense of her idea, after co-hosts pushed back, she said "But these are two white groups of people..."

Later, trying to do damage control on Stephen Colbert's late night show, Goldberg said that, as a black woman, she was looking at the Holocaust through a binary of black-and-white.

"See, this is what's interesting to me, because the Nazis lied," she said. "It wasn't. They had issues with ethnicity, not with race. Most of the Nazis were white people and most of the people they were attacking were white people. So to me, I'm thinking, 'How can you say it's about race if you are fighting each other?'..."

"This was my thought process and I'll work hard not to think that way again," she said.

Carano was fired amid the controversy, with many saying she should not have been released from her Disney contract, where she played the much-beloved character Cara Dune on "Mandalorian." Others backed the termination, but in Whoopi's case, there seems to be a round consensus that she shouldn't be fired, and that even the two-week ban is a bit much.

Carano should not have been fired. Goldberg should not be banned for two weeks or made to suffer through Holocaust-denial re-education. A two-week suspension is little more than a vacation, likely done with Goldberg's approval, to give the impression that some action was taken after the backlash against her.

A two-week ban for the famed comedian and outspoken talk-show host will likely not change her views. Carano's opposition to government-imposed stratification of society is actually more understandable than the one in which Goldberg claimed the Nazis were just killing other white people.

Carano was slammed for saying fascist practices could happen again, only this time in the United States. Her comments were perceived as not taking the Holocaust seriously enough, when in fact she was using the severity of the Holocaust to show how detrimental imposed social stratification could be.

Goldberg's comments show outright that she does not believe the Holocaust to be a particularly grave matter precisely because she does not believe that it was a race-based genocide. Nazis and antisemites would disagree, as they fully perceive Jewish people to be not white and seek their extinction. Goldberg denies the Jewish people, who have been historically and repeatedly persecuted, an identity independent of their persecutors.

Why are Goldberg's comments seen by Disney parent company ABC as so much more palatable than Carano's? Is it because Goldberg is a bigger, more established star than Carano? Goldberg has 15 seasons of "The View" under her belt and a storied career in film, comedy and television. Carano was, in many ways, just starting a big-time career. Perhaps that's why it was so much easier to derail Carano than Goldberg, though big-name stars have been taken down before.

Roseanne Barr made an off-handed comment about former Obama adviser Valerie Jarrett that was widely perceived of as racist, despite Barr saying she didn't know Jarrett was black. She was fired from a television show that bore her name. It was rebranded and aired without her.

Goldberg's light cancelling versus Carano's full ejection from the Hollywood sphere shows the stark difference between how political views themselves are perceived. Carano's views bucked the narrative about COVID restrictions and American freedoms, while perhaps Goldberg was expressing views that many already hold, and just have more sense than to speak aloud.