Why are threats of violence okay for the left?

David Suzuki has the audacity to threaten the livelihoods of tens of thousands of Canadians and the infrastructure that provides energy security for our country. 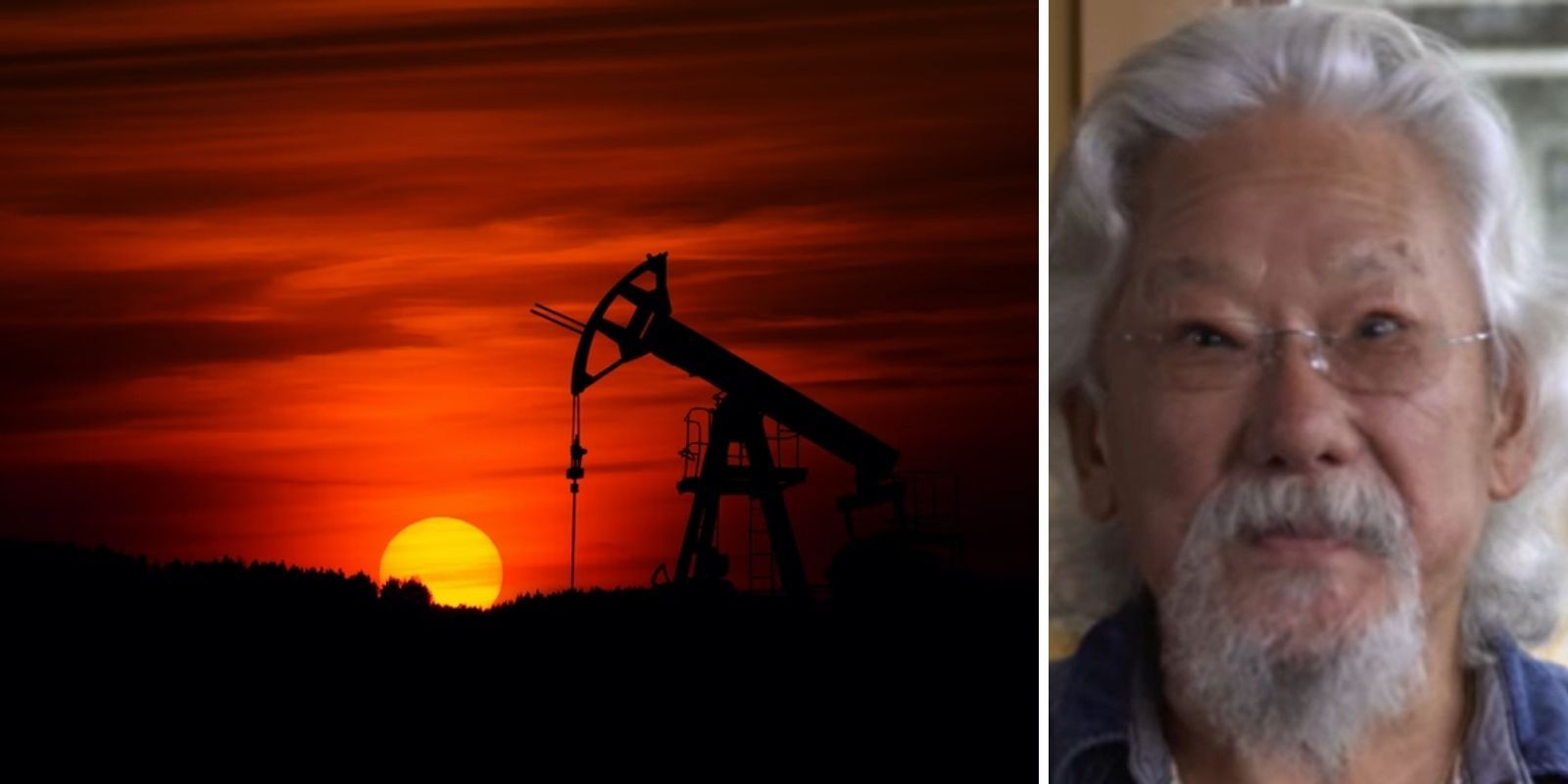 Climate hypocrite and perpetual mass emitter David Suzuki is up to his old tricks. Emerging from the shadows of irrelevance from one of his many houses after jet-setting from junket to junket, Suzuki has the audacity to threaten the livelihoods of tens of thousands of Canadians and the infrastructure that provides energy security for our country. Security that nations across the globe envy.

Hinting at forthcoming instances of domestic terrorism should industry not change course, Canadian’s from across our country should be calling these asinine comments for what they are; dangerous and illegal. For some reason, the media believes that threats from left-wing radical activists are less of a crime than utilizing our abundance of natural resources, and don’t come with repercussions.

This recent example of environmental extremism begs the question. Why does the death of a welder on a pipeline mean less? Why is the permanent disability of a backhoe operator performing maintenance on a pipeline easement less important? Imagine one of Suzuki’s acolytes follows through on his threats and a working-class operator isn’t able to walk his daughter down the aisle because of it. Is that the price that the left is willing to pay in order to satisfy their climate objectives?

Violence and the threat of violence should never be tolerated in public discourse, but for some reason, it seems the mainstream media looks the other way for their favoured sons and daughters. What can’t be ignored is the deafening silence from climate activists and federal leaders, who have failed to even comment on the threat, let alone unequivocally condemn it.

These comments by Suzuki are a stark example of the shifting goalposts for those deemed by the national media to be “well-intentioned”. Apparently threatening domestic terrorism to achieve the desired policy aim is an acceptable course of action so long as it saves a seal or prevents a drop of oil from hitting the ground. I would venture to guess that being a draw in various capacities for CBC radio and TV since 1975 has its benefits when it comes to the coverage of inflammatory comments you make - as the host of “The Nature of Things” is currently enjoying. This hypocrisy is bad for public discourse and bad for Canadian politics.

Worse still is the implication that further development of pipeline projects is automatically and unequivocally against the interests of the environment. This misconception that continues to be spread with comments like Suzuki’s is misleading at best and was eloquently summarized in a tweet by Indigenous B.C. MLA for Skeena, Ellis Ross, in reply to a Leonardo DiCaprio comment condemning a gas pipeline development. “You have no idea what you’re talking about. Give me a call. I’ll tell you the other side of the story as an aboriginal leader who was on the front of this project from day one”. According to Leo, pipeline bad, no pipeline good, in any and all scenarios.

These types of comments are unfortunately becoming more common and will continue to be made more frequently by a radical left that is emboldened by the leniency afforded to them by the media for their aforementioned good intentions. With tensions continuing to rise around environmental issues, largely brought about by the federal government’s dismissiveness towards our natural resource sector, I pray that a “well-intentioned” climate freedom fighter doesn’t decide that David Suzuki has an excellent point and chooses to put a stop to a pipeline themselves.

Warren Steinley is the Member of Parliament for Regina-Lewvan