Why is Justin Trudeau more respectful to China than he is to America?

Since the Trump was elected, the Trudeau Liberal Government has shown a repeated tone of arrogance and superiority towards our American allies. 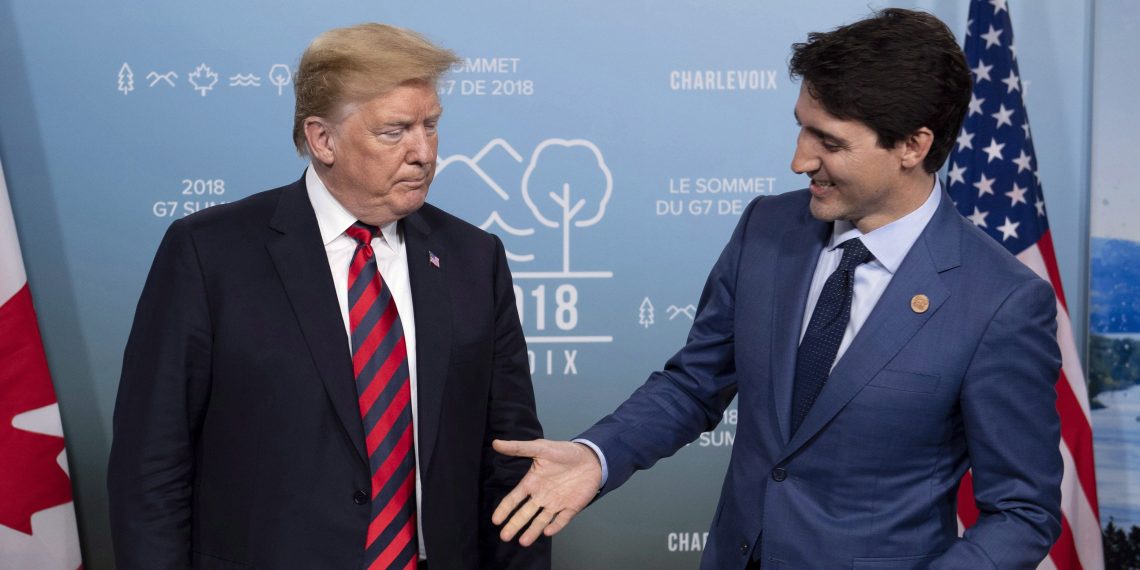 Since the Trump Administration was inaugurated, the Trudeau Liberal Government has shown a repeated tone of arrogance and superiority towards our American allies.

Whether it was Trudeau and Freeland giving virtue-signalling speeches that were thinly-veiled swipes at the US, lecturing the US on social issues, or Trudeau’s latest debacle at the NATO summit, it’s been clear that the Trudeau Liberals have no respect for America.

Yet, at the very same time, the Trudeau Liberals show far more respect towards Communist China, no matter how badly that nation treats Canada.

Consider the fact that—whatever disagreements Trudeau and Trump may have—the US is still available to talk and discuss issues with our country, and is a democratic nation governed by the rule of law.

By contrast, Trudeau and Freeland often can’t even get China to answer their phone calls.

Canada and America are part of the same inheritance of Western Civilization, and our history and future are inextricably linked.

Meanwhile, Canada’s values and the values of China’s Communist government are clearly incompatible, as the suppression of freedom, forced organ harvesting, denial of religious rights, execution of political dissidents, and horrifying surveillance state all makes clear.

And while Canada and the US have disputes like any two nations do, the fact remains that China has treated us far worse than the US ever has. China is illegally detaining two Canadian Citizens, has spoken in arrogant and threatening tones towards our nation, and is clearly an ideological and strategic adversary.

Additionally, the vast majority of our foreign trade is with the US, and given our amazingly weak defence spending, the US is basically the only armed force that is defending North America (and by extension defending the Canadian People) at the present time.

All of this should be the basic groundwork for how any Canadian Leader thinks about the United States. And it should go without saying that a Canadian Leader should always be more respectful towards the US than towards Communist China.

But with Trudeau, we see the opposite.

He hasn’t even lectured China on their concentration camps with as much force as he lectured the US about abortion.

In short, Trudeau has shown far more respect to Communist China than he has towards the United States, a clear sign that his value-system and worldview is severely messed up.

Trudeau appears to be in thrall to the view of the radical far-left which blames the Western world for everything, admires brutal communist states, and seeks to weaken their own nation and our Western allies in order to strengthen foreign nations out of some insane sense of “historical guilt.”

Now, with Trudeau’s screwed up mindset governing the nation, our country is increasingly distanced from our closest ally, putting all of Canada at risk in an increasingly dangerous world.