Why Justin Trudeau is not a champion of diversity

As Prime Minister of Canada, Justin Trudeau often champions the idea that diversity is Canada’s strength. However, the Liberal government’s changes to the Canada Summer Jobs program reveal that on the matter of abortion, Trudeau has zero tolerance for ideological diversity. 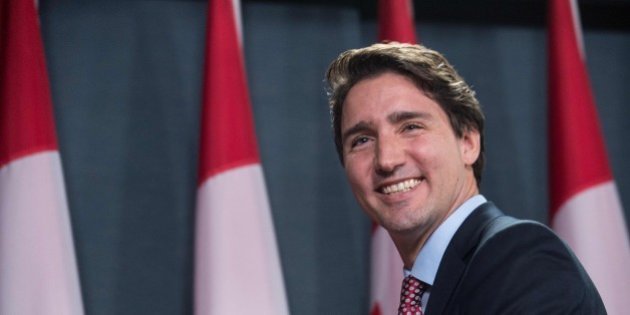 Diversity is about celebrating (or at least tolerating) differences between people. These differences can include things such as race, ethnicity, gender identity, sexual orientation, political beliefs, religion and cultural practices.

As Prime Minister of Canada, Justin Trudeau often champions the idea that diversity is Canada’s strength. However, the Liberal government’s changes to the Canada Summer Jobs program reveal that on the matter of abortion, Trudeau has zero tolerance for ideological diversity.

In December 2017, the Liberal government made a radical change to the Canada Summer Jobs program. Any organization that applies for funding is required to sign an attestation stating that their core mandate “must respect … the values underlying the Canadian Charter of Rights and Freedoms” including “reproductive [abortion] rights.”

Signing the attestation is a violation of a pro-life person’s conscience. (If you believe that abortion is the killing of an innocent human being, you cannot declare your “respect” for it).

The Liberal government’s ideological test has resulted in over 1,500 organizations having their applications rejected, a 1,200% increase over 2017. Any church or pro-life group that refused to sign the attestation did not receive funding. Justin Trudeau said the government should not be funding groups that want to “roll back the clock on women’s rights.”

Abortion is and always will be a conscience issue. While a majority of Canadians support a woman’s right to have an abortion, a 2017 poll found that 24% believe there should be some limits placed on that right.

Contrary to popular belief, the Canadian Charter of Rights and Freedoms does not give women an “unlimited” right to an abortion. In 1988, the Supreme Court struck down Canada’s abortion law but said that the federal government has the right to place limits on abortion and invited Parliament to introduce new legislation. However, to this day, no law has yet been passed.

Justin Trudeau has denied funding to pro-life groups because he doesn’t want any abortion law to be passed, not even one that would be consistent with the Charter. He believes that abortion should be an unlimited right with no restrictions whatsoever, including late-term abortions and sex-selective abortions.

In denying government funding to pro-life groups, Justin Trudeau hopes to weaken the pro-life movement in Canada. Ironically, he could end up strengthening it. When pro-life Canadians are punished by the government for acting according to their conscience, they are more likely to gain public sympathy.

Despite his lofty rhetoric, Justin Trudeau is not a champion of diversity. If he believed in ideological diversity, he would not discriminate against pro-life groups by denying them access to the Canada Summer Jobs program. When it comes to abortion, Trudeau wants ideological conformity: a signature trait of fascism.