There is an influx of roaming population of porcine pariahs parading across the prairies and the rest of Canada. 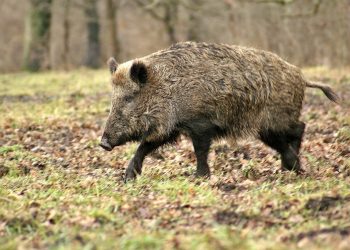 There is an influx of roaming population of porcine pariahs parading across the prairies and the rest of Canada.

According to a new report by the CBC, “Wild pigs are now Canada’s most prolific invasive mammal, according to what the University of Saskatchewan calls the first-ever published survey of their distribution in Canada—and they’re causing an ‘ecological disaster.'”

This new data regarding wild pigs is a result of researchers tracking and mapping these roaming boars across Canada with advanced technology including helicopters and GPS tags.

Some urban dwellers may find this information boring but that’s not true. In fact, there pesky pigs pose great peril to Canadians.  They have, in fact, been deemed the “most prolific invasive mammal” by researchers.

“The wild pigs are the legacy of a failed attempt to diversify meat production with wild boars.” According to the CBC.

The pigs may cause damage to farmland, disease, and car crashes.