"If MATTHEW KASHDAN makes a decision to perform his drag show at school, what else does he do in his classroom with a roomful of children?" wrote one parent. 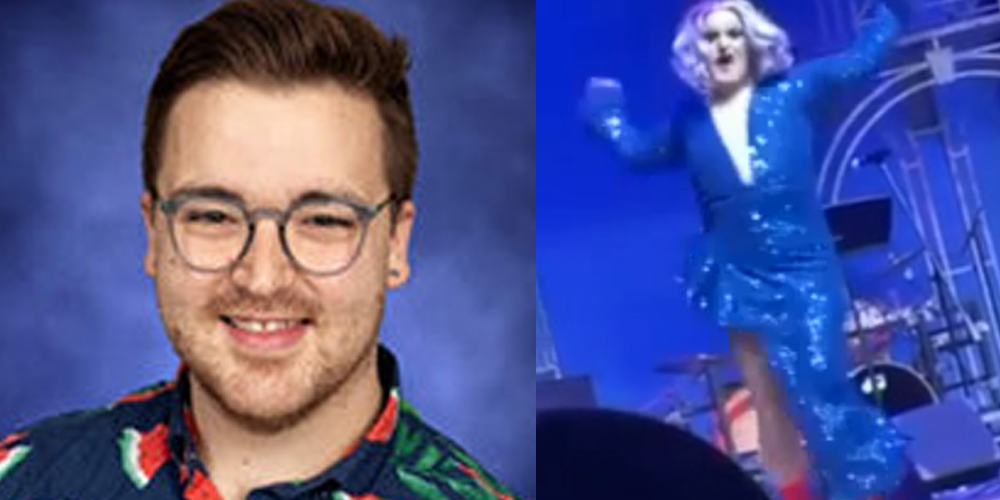 Wisconsin’s Middleton High School finds itself fielding questions as one of their staff members performed a cross-dressing dance number in front of students last week.

The video below shows the school's French teacher, Matthew Kashdan, in a drag outfit lip syncing to "Rain on Me" by signers Lady Gaga and Ariana Grande. What you witness below is how the faculty celebrates their Fine Arts Week.

The scoop originally comes from the Empower Wisconsin website, and it’s a dilemma of mixed feelings. A concerned parent says they sent their kids to that school under the belief they wouldn’t be exposed to acts that "destroy their innocence for their own pleasure."

"If MATTHEW KASHDAN makes a decision to perform his drag show at school, what else does he do in his classroom with a roomful of children? What kind of educators thought this was appropriate? Drag shows are 'fine arts'? If a teacher is a pole dancer or stripper, can they also perform for my children?" a Middleton-Cross Plains Area Schools parent wrote in an email to conservative talk show host Vicki McKenna.

The parent wrote that they don't care what Mr. Kashdan does outside the classroom, they say their only concern is what he exposes his students to.

"The week is full of performances that are enjoyed by students and staff alike. Performances range from music to dance to martial arts, culinary arts, visual arts, language arts, and other arts that fit our extensive definition of The Arts," Shannon Valladolid, the district’s director of Information and Public Relations, told Empower Wisconsin.

In response to the parental complaint, Valladolid ensured the outlet they’re reviewing policies to make sure no rules were broken.

When it comes to "Drag" culture in the United States, the west coast Seattle Museum of Pop Culture hosts a summer boot camp for young men to learn the craft of pretending to be women on stage.

Over in the UK, a former Scottish National Party campaign manager turned drag queen is facing legal trouble over charges of taking explicit pictures of his companion, while they drunkenly slept.