Over the years, data has repeatedly shown that women don't really want to bust glass ceilings, they just want one foot in their children's world and another at the office. 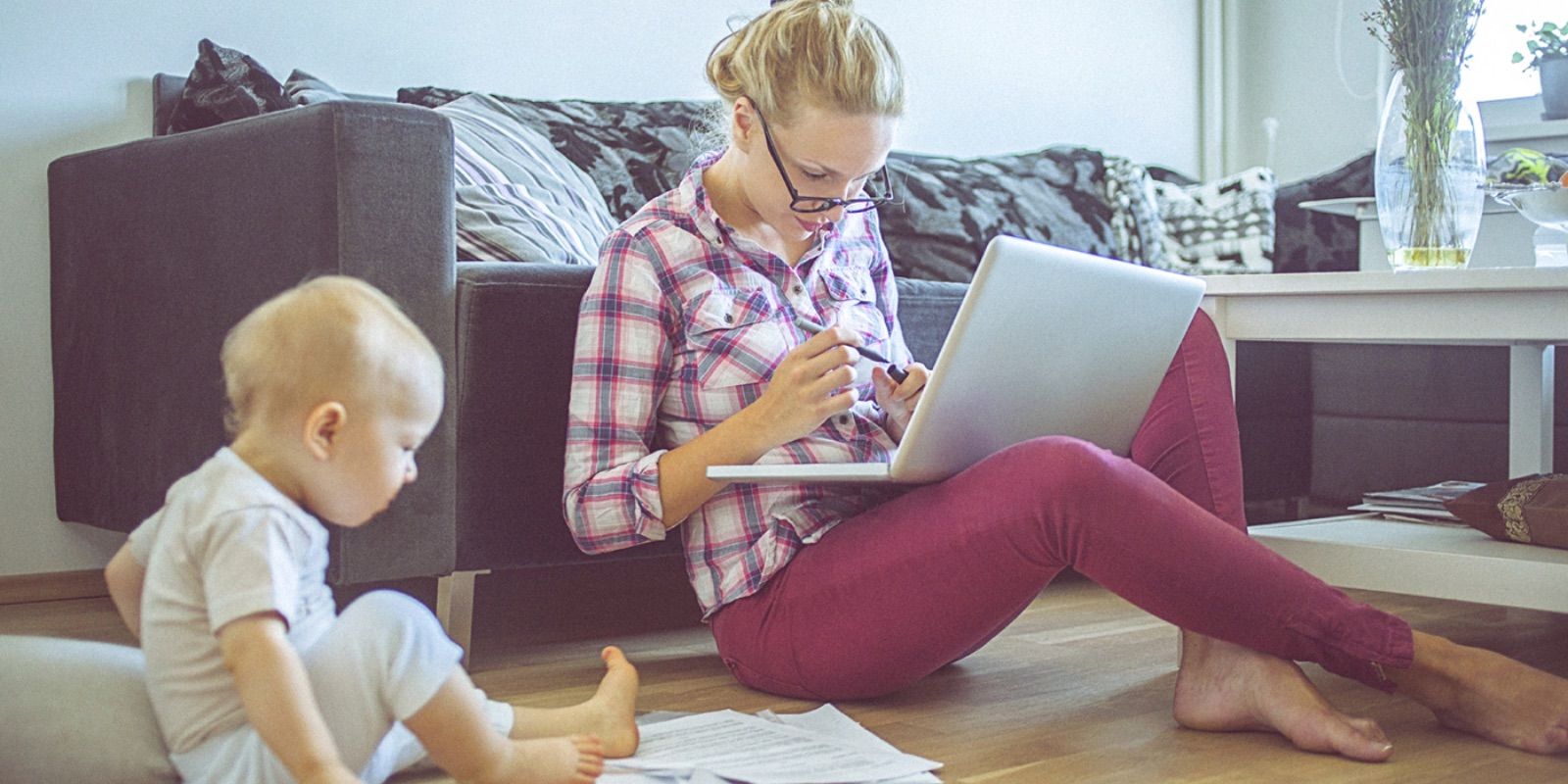 There's an interesting rub in the feminist movement about women and work. Turns out what the feminist movement says women want and what many actually want isn't always the same. Here's an example, hot off the presses mid-pandemic: Most women have always wanted to work part time and that has only increased during the pandemic.

For decades, women have been told to climb the corporate ladders of success, yet they don't really do it. Sure, some do, but overall, most don't. For years women blamed the patriarchy. Women just didn't reach the top because there were too many men already there. Women beckoned other women to just "lean in," and then politicos and policy wonks got together and started making policy that would force women to have more equal opportunities in the workforce so they could reach that corner office.

Still, women's success at high levels in the workforce waned. But it might not be because of the mean, old patriarchy. It might just be because women don't want to. The pandemic has only caused women to double-down on this desire. President Biden recently lamented that "thirty years ago, the United States ranked sixth among advanced economies in the share of women in the workforce. Y'know where we are today? Twenty-three." Yet far more women than men are graduating high school, pursuing and attaining college degrees. All these smart women must be on to something.

Over the years, data has repeatedly shown that women don't really want to bust glass ceilings, they just want one foot in their children's world and another at the office. Why women just want to work part-time is a bit more complicated—and this is where that awful patriarchy could come into play. True, some women just want the mental stimulation or the financial payoff of a career in addition to embracing motherhood, but others just haven't figured out how to quite balance parenting and work. In other words, there isn't anyone else left to take care of the children if mom doesn't do it, so a part-time work schedule acquiesces to that need. The ongoing pandemic has, of course, magnified this issue. Like many nuanced issues in life, two things could be true at once: Men should step in more when it comes to childcare and women could actually just want a part-time career to juggle along with full-time motherhood.

New data from Lean In and McKinsey & Company shows that the gap between women and men who feel burned out due to the pandemic, childcare needs, and house work has nearly doubled — "and that disparity is driving more women to consider downshifting their career or leaving the workforce altogether."

"In its annual 'Women in the Workplace' report, Lean In and McKinsey & Company found that 1 in 3 women have considered changing or leaving their jobs in the past year, compared with 1 in 4 women who were surveyed in 2020. While both men and women are reporting higher rates of burnout this year compared with last year, the gap between men and women who feel overwhelmed has nearly doubled: 42% of women and 35% of men say they are burned out, compared with 32% of women and 28% of men last year."

At first, the answer, especially from an uber-feminists' point of view, seems obvious: Make dad help more. But it's not that simple. Often men make more than their female counterparts, for reasons that have nothing to do with feminism or the nonexistent wage-gap. Men often aspire to higher-paying jobs (like engineering), work more hours, and travel more while women aim for lower-paying jobs (like teaching), work fewer hours, and take time off to raise children. I still think it's okay for women to ask the men in their lives to pitch in more, just know the reasons why he doesn't.

Take this recent story from an opinion piece in the Indy Star: Mom and employee Stephanie Moore is exhausted trying to work with her child's school's flailing transportation schedule. Often her child's bus is late or nonexistent, leaving her to scramble between work and getting her child to school on time. She identifies a problem women have had for ages and one that probably contributes to many mothers' desire to work part-time.

"The current transportation crisis is part of a greater systemic and societal problem – one that disproportionately affects women. When you have a system where children can't get to and from school - reliably, you can't have a two-parent working home. Someone has to get the children." (emphasis mine).

"Who's going to be the one to leave their job – that day – and over time? Typically, the woman – who ends up either downgrading her position or leaving the workforce all together. In single-parent homes, the impact is even more devastating.  Our economy is purging women and caregivers. And it will cost us in more ways than we might realize."

Data shows Moore is right. NPR reported recently there are 1.8 million fewer women are in the labor force than before the coronavirus pandemic. For many homes it made sense for moms to pull back, take care of the children, and let the higher wage-earner work. Especially if, after all, mom has only wanted to work part-time. There's only so much women can do to force men to carry the childcare load. Which leads me to raise the question: If research shows part-time work is what women want and the pandemic has all but forced that, why don't more companies embrace this?

Sure, it would take an HR star to piece together shifts and manage schedules, but women are a valuable part of the workforce in jobs that matter. And it's worth noting this was once the premise of a blockbuster film starring Dolly Parton, 9 to 5. If women know which 20-30 hour shifts she's working, she's far more likely to be dependable, on-time, and do her job well, especially if part-time work is what she has always wanted. At the same time, we as a society are asking men to step into their roles more as fathers, we should also ask employers to create and fill more part-time positions to the benefit of their bottom line. Women should not be afraid to ask for flexibility, fewer hours, or a schedule that could benefit both her and her employee.