Dr. Fauci said that the president wasn't distorting anything when he spoke to the press. 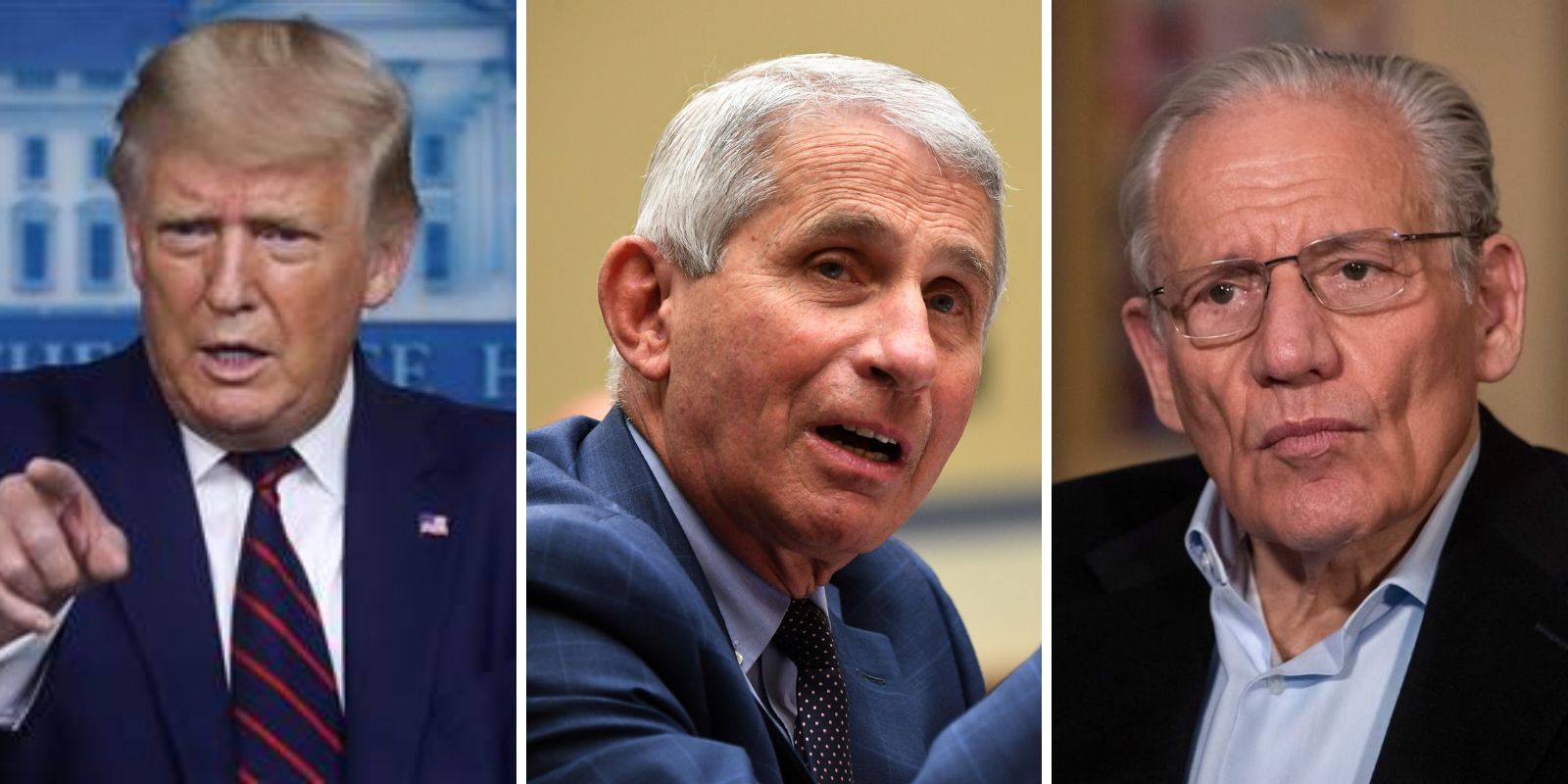 Bob Woodward tried to drop some knowledge on an unsuspecting American public today by claiming that President Trump knew about the severity of coronavirus pandemic way before revealing this info to the press. But this time, Woodward came up short. And Dr. Anthony Fauci said so.

"We were talking about the reality of what was going on," Fauci said. "And then we would get up in front of the press conferences, which were very, very common after our discussions with the president, he really didn't say anything different than we discussed when we were with him.

"So I may not be tuned in to the right thing that they're talking about, but I didn't really see any discrepancies between what he told us and what we told him and what he came out publicly and said."

Fauci said that the president wasn't distorting anything when he spoke to the press.

The Washington Post associate editor claimed in his new book Rage that it was ten days after Trump first heard about the coronavirus that he spoke to Woodward and revealed that the situation would be way worse than he had publicly stated.

Woodward said that Trump told him "You just breathe the air and that's how it's passed. And so that's a very tricky one. That's a very delicate one. It's also more deadly that even your strenuous flu. This is deadly stuff."

The claim in the book is that this understanding of the severity of the virus goes against what the Trump administration was saying publicly in early February. However, Fauci is not the the only one to publicly speak against the idea.

The Trump administration walked a fine line between giving too much speculative information and spreading fear and encouraging people to go about their lives without too much disruption.

It is only in hindsight that so many Democrat leaders, including presidential hopeful Joe Biden, have indicated that they would have shuttered the economy and the borders far sooner than there was any real indication to do so.

Woodward claimed that Trump was not concerned enough about the virus, and that he did not provide enough information to the American people. However, the timeline of events shows that his concern was for the public. And Fauci's recollection bears this out as well.