World Bank could ban Bombardier due to corruption allegations

Bombardier Inc. could be the second major company after SNC-Lavalin to face a ban from the World Bank. 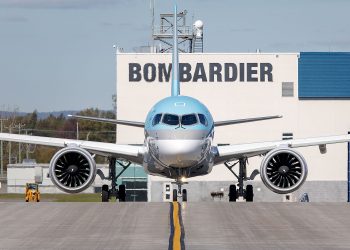 Bombardier Inc. could be the second major company after SNC-Lavalin to face a ban from the World Bank.

The Quebec based company is facing a ban from World Bank-financed projects after it received a show-cause letter related to a deal plagued by corruption allegations in Azerbaijan, according to the Globe and Mail.

That letter continues the investigation into a controversial $340-million (US) contract awarded to Bombardier to construct 500-kilometres of rail connecting Asia and Europe. It is alleged that the company used ‘delaying practices or obstructive behaviour.’

Bombardier has said they “strongly disagree” with the allegations in a statement released by the company.

“It must be kept in mind that the show-cause letter does not represent formal accusations, but rather sets forth the World Bank’s preliminary findings,” Bombardier said in an email Friday.

Asked about the allegations at an event in Edmonton on Friday, Prime Minister Justin Trudeau expressed confidence in the audit process.

“Obviously any time allegations like this are made there is cause for concern particularly around potential job impacts. But once again I have faith in independent processes and indeed in the World Bank to do its job responsibly,” he said.

If the World Bank does ban Bombardier from projects it could represent a serious problem for the already struggling firm, which has received multiple rounds of government aid to stay afloat.

What do you think about the allegations? Could the company be dismantled as a result of it?