Yes, Canada should be a safe haven for the Pacific’s climate change refugees

If we’re going to accept refugees by the tens of thousands, let’s at least make it a bit easier on ourselves. These cultures tend to have incredibly low crime rates, tend to have some knowledge of English and even French, and could be a prime candidate for seamless assimilation. 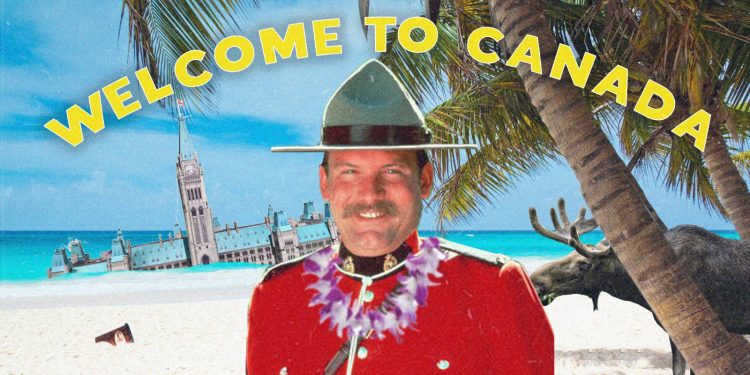 Recently, the CBC decided to publish an article discussing the environmental threats facing island nations. Though the topic of climate change is generally considered to be a problem that will impact our futures, some countries, such as the Pacific Ocean’s Tuvalu, Kiribati, Vanuatu, and the Marshall Islands are all facing rising sea levels, droughts that have already caused over 40 towns to move inland, as well as the constant threat of tropical storms.

Some of these islands are expected to be overtaken by rising sea levels alone in the next 50 years.

Though those solutions are reasonable, the CBC’s Nicole Mortillaro made the argument that Canada should be a safe haven for those who’ve been displaced by climate change. Climate change, the CBC argues, is an unavoidable truth that will impact most countries around the world, not excluding Canada.

Specifically, the CBC argues that there will be areas within our country that—although considered uninhabitable at one time—will see enough of a rise in temperature that Canada will be in the “unique position of being able to accept those who have been pushed out of their home due to climate change-related conditions.” What they call “climate refugees.”

Just yesterday, the United Nations released a report that revealed that Canada had “admitted the largest number of resettled refugees last year and had the second highest rate of refugees who gained citizenship.”

Our current government does not shy away from the fact that they aim to be a place of asylum for those in distress. Syrian refugees have been a massive talking point for years now. Canada, on its own, admitted 28,100 of the total 92,400 refugees that were resettled across the globe in 2018.

Canada accepts, in total 300,000 immigrants a year in addition to accommodating 700,000 international students and temporary foreign workers. As with all complicated issues, there are problems that arise.

According to one internal report by officials at Immigration, Refugees and Citizenship Canada, religious and cultural accommodations continue to be a pressing issue regarding practices that conflict with Canadian values and institutions. Some practices such as “forced marriages and familial violence” are cited as the main concerns when accepting refugees.

Other concerns come from more obvious issues, such as experiencing troubles finding employment due to language barriers, ie. Not speaking English or French.

This is where the Pacific Islanders come into play.

Though other nearby commonwealth nations are expected to carry most of the weight when it comes to the pacific’s climate refugees, the CBC makes an excellent point. Canada is in a perfect position to accept the Islanders, and I’d even go so far as to say that when the day comes, these Islanders should be prioritized. If Canada is already accepting the most refugees in the world, why not shift our focus on those that will integrate with ease?

The combined population of Kiribati, the Marshall Islands, Vanuatu, Tuvalu, and Kiribati totals out at around 446,000 people. (Fiji is being excluded, as it is currently discussed as a destination for the other island nations refugees.)

The Marshall Islands have a population of 54,066. The official languages are English and Marshallese, with English very widely spoken. The country is also considered very safe by travel experts.

In Vanuatu, the population is 270,000. English and French are already taught in schools. If you needed to see some hard evidence of their ability to find work, 20,000 Vanuatu are already believed to work in New Zealand and Australia.

Kiribati’s population is 110,000. English is used on the island, though it’s typically confined to the capital city of Tarawa.

Lastly, Tuvalu, the population is 11,000. English is the official language, and there have only been two murders on the island since 1978.

Anote Tong, the former president of Kiribati, not only purchased land in Fiji for his displaced citizens. He also hopes engineers could recreate their tiny island nation as an artificial “floating island.” An idea that, as outlandish as it sounds, is actually being worked on by several firms.

The mindset by these Islanders are admirable, to say the least  Tong says he sees them not as refugees, but instead believes in “migration with dignity,” preparing to arm his migrants with proper education and functional skills so that they can migrate effectively.

With all of this in mind, I say, come on over. We aren’t going to totally open the floodgates and overwhelm ourselves, but we are more than able to take the burden off of their neighbouring countries.

If we’re going to accept refugees by the tens of thousands, let’s at least make it a bit easier on ourselves. These nations tend to have incredibly low crime rates, tend to have some knowledge of English and even French, and could be a prime candidate for seamless integration.

What do you think of the situation in the Pacific Ocean? Let us know in the comments below.