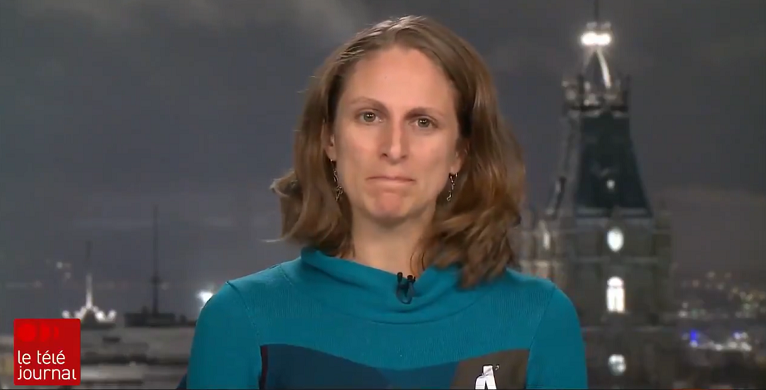 Members of the National Assembly (MNA) Christine Labrie spoke at Quebec’s National Assembly this Wednesday to read out some online messages that she and other female politicians have received during their time in office. Labrie, 32, represents Sherbrooke in the Eastern Townships. This address coming just one week prior to the 30th anniversary of Ecole Polytechnique massacre.

CTV reported Labrie said, “You are going to hear me say words that I usually wouldn’t use here, nor anywhere else.”

“I apologize in advance for the things I’m about to read. Please know it is very difficult for me to have to say these words.”

Labrie noted that these words have become part of the job of being a woman in politics. She asked four of her female colleagues to send her examples of some of the online harassment they have received over the time they’ve served.

“If I was your son or daughter I would be embarrassed to call you my mother,” read the representative of Quebec Solidaire.

“You’re a f—ing prostitute. Go f— yourself,  f—ing b—-.  Go kill yourself.  You should disappear.  You’re an embarrassment to the people of Quebec…This is the reality of what we are facing here, in Quebec, right now.”

“Personal attacks have no place here.  If we tolerate it, it shows others that it is acceptable and normal to vilify others. It’s up to us to set the example,” she said.

Labrie acknowledged that this type of online harassment happens to male politicians as well, stating that they are, “maybe less about rape, but I’m sure no one is exempt.”

She went on to say however that female politicians are 27 times more likely to receive harassment online, regardless of their party affiliation.

“The more vocal we are, the more we are threatened with violence,” she said.

“Violence online is no different from any other kind of violence. It works to devalue women, to treat them like objects and create a climate of insecurity that encourages women to avoid public office.”

Labrie is encouraging anyone who holds a seat in the National Assembly’s Salon Bleu to set an example of comportment, treating each other with the utmost respect.