Young Canadians are the biggest losers in the Budget 2019 sweepstakes

As more and more Canadians wind down their careers and enter into retirement, the burden is increasingly left for younger Canadians to shoulder. 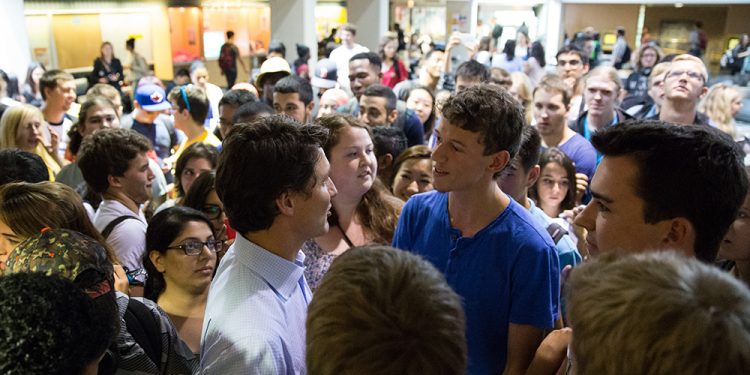 Today, the Liberal government, led by Prime Minister Justin Trudeau, released their fourth and final budget before the October 2019 election.

Budget 2019 was, like all of the previous ones, heavy on the spending and low on common sense.

Oh, you can be sure there was some money if there for you, everybody and their mother is getting some after all, but, of course, much of it was money Canada doesn’t actually have.

It turns out, that despite the Prime Minister’s careful calculations, the budget does not balance itself.

Well, he should keep promises, you might think, but, really, does running a deficit actually matter? Governments have been doing that forever after all.

As a matter of fact, it does matter, and quite a lot actually.

You see, it’s not only the fact that someday the government will have to start paying off its debts, leading to cuts for you or your kids, it’s also important right now because of the interest payments the government shells out every year to pay for the privilege of spending more money.

Strictly looking at federal spending only, we can see that a whopping $988 billion has been spent on interest payments for the federal debt. How much is that debt you might ask? At the time of writing, $685,208,250,000.00.

Last year, the government spent $23.6 billion dollars on public debt charges. Just as a point of reference, that would have been enough to build eight brand new state of the art hospitals across Canada last year.

The rising debt and interest isn’t the only problem however. As more and more Canadians wind down their careers and enter into retirement, the burden is increasingly left for younger Canadians to shoulder.

As the bulge of baby boomers makes its way up the population pyramid and the tax base shrinks along side it, the government will be left with no choice but to raise taxes on the working population in order to pay off the debts accrued today.

So, my fellow young Canadians, while the government may try to appease you now with nice sounding programs like the Canada Service Corps or the Youth Digital Gateway, don’t forget that it will be us paying for their mistakes for decades to come.