'You're next': JK Rowling gets death threats after Salman Rushdie stabbed, hospitalized

Rowling received an email from Twitter stating that Aziz — who once described the man arrested for Rushdie’s attack, Hadi Matar, as a "revolutionary Shia fighter" — did not violate the community guidelines. 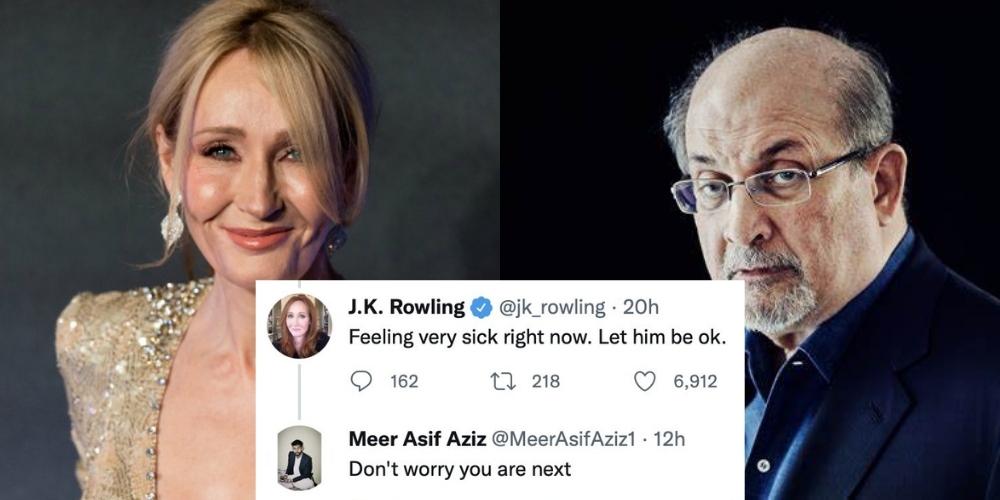 The Harry Potter creator took to the social media platform to express her horror at the news of Rushdie being punched and stabbed on stage before he was set to give a lecture on free speech in New York.  She wrote"Horrifying news. Feeling very sick right now. Let him be ok."

Meer Asif Aziz, who identifies in his Twitter bio as a "student, social activist, political activist and research activist" from Pakistan, responded "Don’t worry you are next."

Rowling publicly requested Twitter intervene, asking the support team, "Any chance of some support?" She also reported the threat.

However, she received an email from Twitter stating that Aziz — who once described the man arrested for Rushdie’s attack, Hadi Matar, as a "revolutionary Shia fighter" — did not violate the community guidelines.

Rowling confirmed the police were involved, telling followers: "To all sending supportive messages: thank you. Police are involved (were already involved on other threats)."

The author is no stranger to online harassment and has faced some harsh words and threats from some transgender activists for Rowling's beliefs on biological sex.

Rushdie had been issued with a fatwa – a call for assassination – by Iranian authorities in 1989, following the release of his controversial novel The Satanic Verses. Iranian officials deemed the work "blasphemous."

Rushdie’s agent revealed Friday the author is currently on a ventilator, appears to be in danger of losing the use of an eye, has suffered nerve damage to his arm, and has suffered harm to his liver.