YouTube wants you to feel safe in trusting their “authoritative” sources and allies. But what they’re not telling you is that “authoritative” is just code for authoritarian. 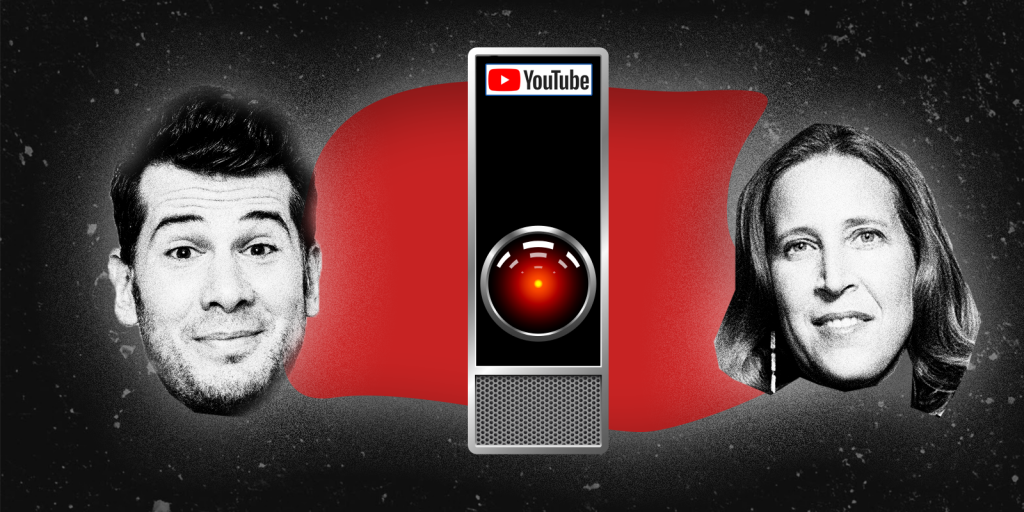 YouTube has just made a chilling move to remove politically incorrect and conservative content from its platform. In a statement released today, they say, “We’ve been taking a close look at our approach towards hateful content in consultation with dozens of experts in subjects like violent extremism, supremacy, civil rights, and free speech” with this aim in mind: “reducing borderline content and raising up authoritative voices.”

YouTube also stated: “In addition to removing videos that violate our policies, we also want to reduce the spread of content that comes right up to the line.” The thing is that the line has been consistently changing. Comedians, artists and philosophers have been deplatformed for saying things that were perfectly mainstream just a few years before.

There’s a great quote by a famous wrestling villain called Rowdy Roddy Piper: “Just when they think they have the answers, I change the questions.” This is precisely what all of these social media companies are doing. It’s tragic news for the vigilant users who have been careful to not violate any policies, but may get swept up in this new purge.

The announcement comes on the heels of Vox writer Carlos Maza’s viral campaign to get conservative comedian Steven Crowder banned from the platform. Crowder’s biggest transgression is that he tells off-colour jokes.

BuzzFeed, long an advocate for censorship, totalitarianism, and ideological uniformity, reported the news with absolute glee, adding that “YouTube said it also plans to make videos from authoritative sources appear higher up in its Watch Next panel.” Well isn’t that just wonderful news for BuzzFeed, Vox, and all the other woke outlets that are desperate to control your speech and the culture you consume.

YouTube is basically behaving exactly like China, where the goal is not to tamp down content or individuals who do not conform, but to tamp down on everyone. If people are afraid their channel will be pulled, or their account suspended, they will change their own behaviour, no one will have to do it for them. Once everyone is living in fear, there will be no reason to police social media accounts, because users will be voluntarily policing themselves, their own content, and more importantly, their own thought process. Users will internalize the directives of the “authoritatives.” Users will not allow their minds to wander outside the lines. They won’t want to risk suspension or censorship.

Journalists in the 20th Century would sometimes remain silent on stories concerning national security, of JFK’s affairs, but this was a form of discretion. They were not reaching into other news outlets and ripping stories from the printing press. Governments and “authoritative” sources alike are concerned that the dissemination of free, independent media can be done by literally anyone.

There were no gatekeepers on social media platforms, and because of that, it’s been possible for some voices to shout others down. This is not a reason to silence the loudest among them, or shut down those that you don’t agree with. Especially since the standards of who should be shut down and why keep shifting. At issue is the definition of questionable content. Is it viral videos of beheadings? Or is it some guy in a MAGA hat picking his nose with a bayonet? Basically, they are telegraphing the future of YouTube: BuzzFeed and Vox? Yes. An independent journalist or a regular citizen? Not so much. And that sucks because we trust our fellow citizens way more than we trust BuzzFeed or Vox.

There was a time when the idea of corporations, governments and activists banding together to suppress free speech would chill journalists to the bone. Now it gives them a boner. Everyone in the “authoritative” camp is all in when it comes to censoring speech on social media platforms. Perhaps this is because they think they will never be the ones being censored.

Journalists, heads of state, artists and activists who claim to be liberal have been advocating for the removal of content in the spirit of public safety. In doing this, with the big, fat hand of protectionism and righteousness, they are completely forgetting that one should never deploy political weapons you wouldn’t want in the hands of your enemies. Pendulums swing back and forth, no ideological perspective rules the day forever. Silencing speech that is distasteful now means that it will be that much easier for someone else to silence you, when the time comes that the opposing ideology is in vogue.

YouTube wants you to feel safe in trusting their “authoritative” sources and allies. But what they’re not telling you is that “authoritative” is just code for authoritarian.