Over the past two weeks, Fairfax County Police have arrested 10 men through sting operations after they attempted to solicit sex from minors over the internet. 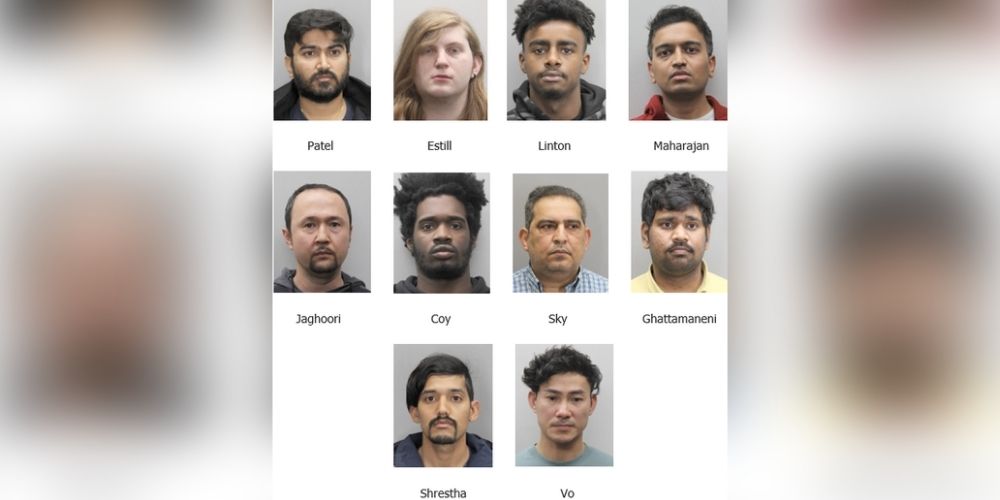 Over the past two weeks, Fairfax County Police have arrested 10 men through sting operations after they attempted to solicit sex from minors over the internet.

The sting operation sought to identify and arrest those using the internet for the purposes of exploiting children, according to Fox 5.

In each of the 10 cases, the offenders used online platforms to "initiate explicit conversations and solicit sex from police officers posing as children," the outlet wrote.

When the suspects arrived at previously agreed upon locations, detectives took the men into custody.

"Even during this holiday season, there are those who would prey against our most vulnerable, our children," said Major Ed O'Carroll, Bureau Chief, Major Crimes, Cyber and Forensics Bureau.

"Fortunately for our community, our detectives remain steadfast to ensure the safety of our children. These crimes have no place in our society and certainly not here in Fairfax County," he continued.

The 10 men arrested ranged in age from 18 to 51, and were charged with a combined 19 felonies.

Parents are being urged to closely monitor their children's activities online, and use security setting to avoid the use of age-inappropriate sites or platforms.

"Children should be encouraged to report any person engaging in inappropriate conversations or trying to coerce them into providing sexually explicit images of themselves," according to Fox 5.