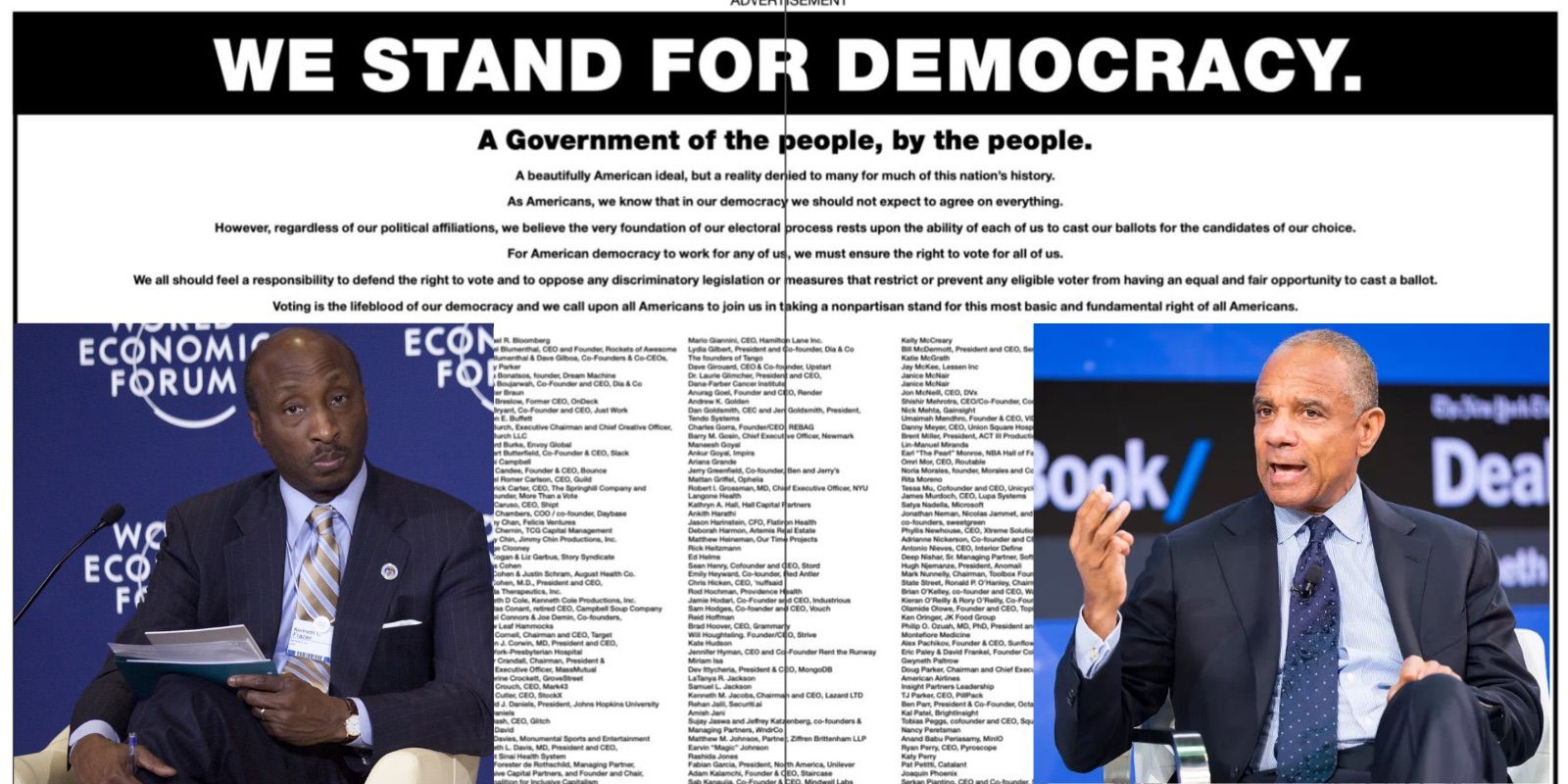 Hundreds of American corporations have signed a letter expressing their opposition to "discriminatory legislation" which they believe would restrict the ability to vote. The letter was run on Wednesday in both The New York Times and the Washington Post, the Times reports.

The letter reads: "We stand for democracy. A Government of the people, by the people. A beautifully American idea, but a reality denied to many for much of this nation's history. As Americans, we know that in our democracy we should not expect to agree on everything.

"However, regardless of our political affiliations, we believe the very foundation of our electoral process rests upon the ability of each of us to cast our ballots for the candidates of our choice. For American democracy to work for any of us, we must ensure the right to vote for all of us.

"We all should feel a responsibility to defend the right to vote and to oppose any discriminatory legislation or measures that restrict of prevent any eligible voter from having an equal and fair opportunity to cast a ballot. Voting is the lifeblood of our democracy and we call upon all Americans to join us in taking a nonpartisan stand for this most basic and fundamental right of all Americans.

The letter, spearheaded by American Express CEO Kenneth Chenault and Merck's Kenneth Frazier, calls "upon all Americans to join us in taking a nonpartisan stand for this most basic and fundamental principle of all Americans."

"These are not political issues. These are the issues that we were taught in civics," Frazier said.

While the letter did not discuss specific laws or bills from any particular state, the letter has largely been interpreted as a response to election integrity bills being proposed in states such as Texas and Arizona, and a recently passed law in Georgia. The Georgia election law expands early voting.

The Georgia law has been particularly controversial, with critics arguing that the bill specifically targets minority voters. Supporters of the bill have argued that it is being misconstrued by its critics, and that it actually expands the ability of voters to cast a ballot while also combatting fraud. Similar arguments have been made in other states where election integrity laws have been proposed.

Absent from the list, however, are Coca Cola and Delta Air Lines, both of which were engulfed in controversy after announcing their opposition to the Georgia election law following its passage. Delta in particular lost a substantial tax credit after publicly opposing the law. Other large corporations such as Home Depot and JPMorgan also declined to sign the letter.

The letter comes after more than 100 corporate executives participated in a conference call over the weekend to discuss strategies their companies could pursue to oppose such election laws.

Strategies discussed include ceasing political donations to politicians who support such election laws and delaying investments in states which are considering or implementing them. While no strategy was universally accepted by participants in the call, the newly released letter appears to be one consequence of the meeting.