Only three percent believe the US could conceivably avoid a recession within the next 18 months. 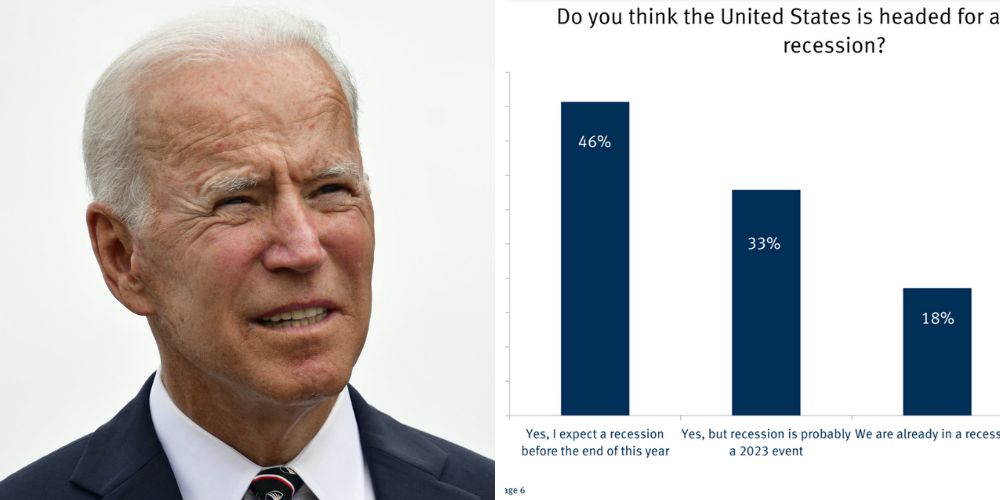 The Biden administration changed the definition of the word recession in July, prior to the release of numbers that showed the US was in a recession, in order to be able to make the claim that the US was not in a recession. Despite this, a large number of US executives believe the country is now in a recession.

Stifel Financial conducted a survey that shows 18 percent of business owners,  executives, and investors consider the US economy already in a recession, compared to 79 percent that expect a downturn within the next 18 months.

The standard definition of the word is a decline in GDP for two consecutive quarters, while the new, Biden definition links the word to unemployment numbers.

Only three percent believe the US could conceivably avoid a recession within the next 18 months, according to the Daily Mail.

According to the survey, businesses believe labor shortages, inflation, supply chain disruptions, and a recession are the biggest threats to profitability.

53 percent of executives expect inflation risk to remain a challenge to their assets and interests for the next two quarters to a year. 43 percent expect an economic decline to last for longer than that.

According to the Labor Department, the US consumer price index was up 8.5 percent in July from a year ago. Though that was lower than the 9.1 percent increase in June, it was still above the Federal Reserve's two percent target rate.

Inflation is the highest it has been in 40 years. The cost of goods has spiked hitting low-income and middle-class families the hardest. Food prices have continued to increase, with the cost of groceries increasing 13.1 percent in July from the previous year.

Federal Reserve Chairman Jerome Powell has also said that he "doesn’t think the US is currently in a recession."

In September, the Federal Reserve is expected to announce if they are raising interest rates again for a third consecutive hike to help curb inflation. Raising the interest rates has had other side effects.

According to the National Association of Realtors, buying a home in the US is the least affordable it has been in 33 years as mortgages spike and home prices hit record highs.

Rents have also been jumped in many markets, as families that have been priced out of buying a home drive up the demand for rentals.