In a Sunday press release, AAX said, "In light of the insolvency of one of our industry’s largest players last week, crypto users are rightfully concerned about the operational and financial stability of centralized digital asset exchanges." 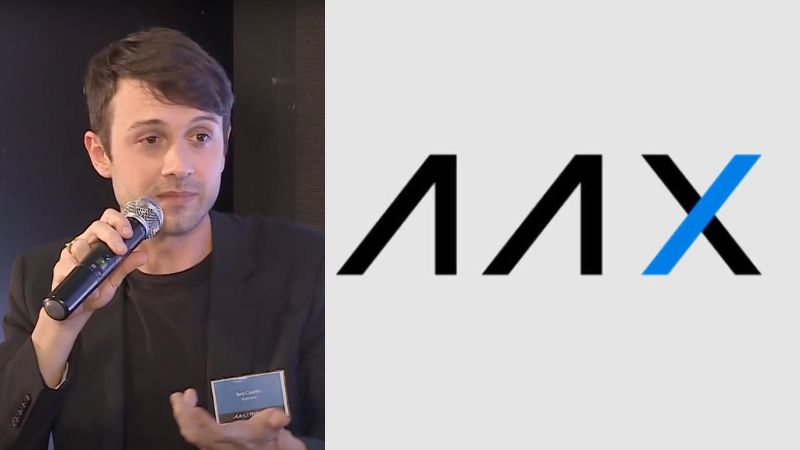 The Hong Kong-based crypto exchange AAX has suspended its activities after what it says is a third-party partner failure.

In a Sunday press release, AAX said, "In light of the insolvency of one of our industry’s largest players last week, crypto users are rightfully concerned about the operational and financial stability of centralized digital asset exchanges."

"At AAX, we have always put our users first, and here we would like to share with you the following updates regarding our current situation. We are hopeful that as a community we can brave through these troubling times, together," the press release continued.

AAX said that a system upgrade "that will help protect our users from the multiple malicious attacks that we’ve observed during this vulnerable time," had been scheduled, but said that "Due to the failure of our third-party partner, some users' balance data were found abnormally recorded in our system."


"Hence, limiting our services to prevent further risks, the technical team has had to manually proofread and restore the system to ensure maximum accuracy of all users’ holdings," the press release stated.

In response to this problem, AAX says that they are working to resume regular operations within seven to 10 days.

"In this light, withdrawals have been suspended to avoid fraud and exploitation," the press release added. "We understand it is important for users to be able to withdraw and transact as soon as possible, and we are working extremely hard to offer limited withdrawals to minimize risk."

"We are optimistic as we continue building our platform, engaging new markets and expanding our operations and we count on your calm resolve to weather through this complicated moment," the press release stated.

According to Coindesk, AAX has stated that it has no exposure to FTX, a rival company that has found itself at the center of a collapse.

"AAX has no financial exposure to FTX and its affiliates," the company said in a Thursday press release. "More importantly, all digital assets on AAX remain intact with a substantial amount stored in cold wallets, and user funds are never exposed to counterparty risk from any financing or venture activities."

Late last week, FTX, run by CEO Sam Bankman-Fried, collapsed after details emerged regarding their financial practices, which led to a run on the cryptocurrency company by customers. FTX did not have the funds to pay out.

"FTX is under investigation by the US Securities and Exchange Commission (SEC) regarding the management and handling of client funds. With this latest development, FTX has more questions to answer as scrutiny builds around the SEC investigation," Cryptoslate reported.

The run on the company and the back out by Binance came as it was revealed that FTX had been funneling money to a sister trading company run by Bankman-Fried’s girlfriend, Caroline Ellison.

Part of the issue for Binance is that Alameda Research, helmed by Bankman-Fried's girlfriend, holds a great deal of their assets in FTT, and FTX had invested their customers' funds into Alameda through a "back door," without oversight.

It has also been revealed that FTX had partnered with Ukraine earlier this year to process donations made to their war efforts, which came just days after President Biden had sent billions of American taxpayers dollars to the country.

Ukraine invested into FTX as the Biden administration funneled funds to the invaded nation, and FTX then made massive donations to Democrats in the US.

On Sunday it was revealed that Bankman-Fried, along with two others associated with the company, director of engineering Nishad Singh and co-founder Gary Wang, are "under supervision" in the Bahamas after the trio reportedly were planning on fleeing to Dubai.