Sam Bankman-Fried made donations to the Dems that totaled $39.8 million, putting him just behind George Soros and his $128 million in donations. 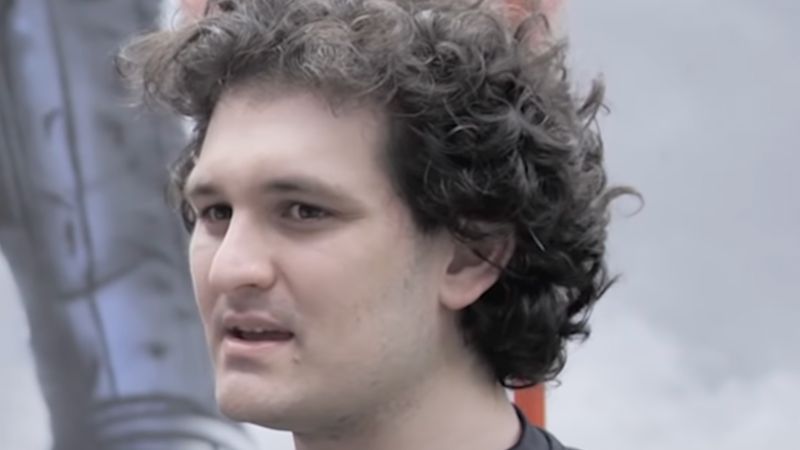 Sam Bankman-Fried, the CEO of crypto exchange company FTX, and the second biggest donor to the Democrat party, is in hot water as his company is in financial freefall with over $1 billion missing.

According to Fortune, "30-year-old Bankman-Fried has been a major force in Democratic politics, ranking as the party’s second-biggest individual donor in the 2021–2022 election cycle."

Bankman-Fried made donations to the Dems that totaled $39.8 million, putting him just behind George Soros and his $128 million in donations.

He had even promised to spend more money on Dems in the future, saying he could go "north of $100 million" with a "soft ceiling" of $1 billion for the 2024 elections.

Bankman-Fried was a significant donor to Biden in 2020. He's the largest financial contributor to the Protect Our Future PAC, "the political action committee which endorsed Democratic candidates such as Peter Welch, who this week won his bid to become Vermont’s next senator, and Robert J. Menendez of New Jersey, who secured a House seat."

As Bloomberg reports, Bankman-Fried had his net worth go from $15.6 billion to $1 billion in "the biggest one-day collapse it had ever seen among billionaires."

It is expected that Bankman-Fried will go bankrupt in the face of a liquidity crunch and the abrupt change in financial status.

Reuters reports that FTX lost at least $1 billion of customer funds and that the money "vanished" casing federal regulators to look into the company. The investigation is to determine the extent of harm to clients and what laws FTX may have broken.

Jordan Schachtel tweeted, "Sam Bankman-Fried attempted to monopolize an entire industry and deploy it into the hands of the ruling class. His Ponzi blew up spectacularly after a successfully executed speculative attack. The demise of FTX should be a cause for celebration."


Roughly $5 billion was withdrawn from FTX on Sunday, a move somewhat inspired by a rival cryptocompany.