"America lost a series of battles on the gender war which put activists in the drivers seat." 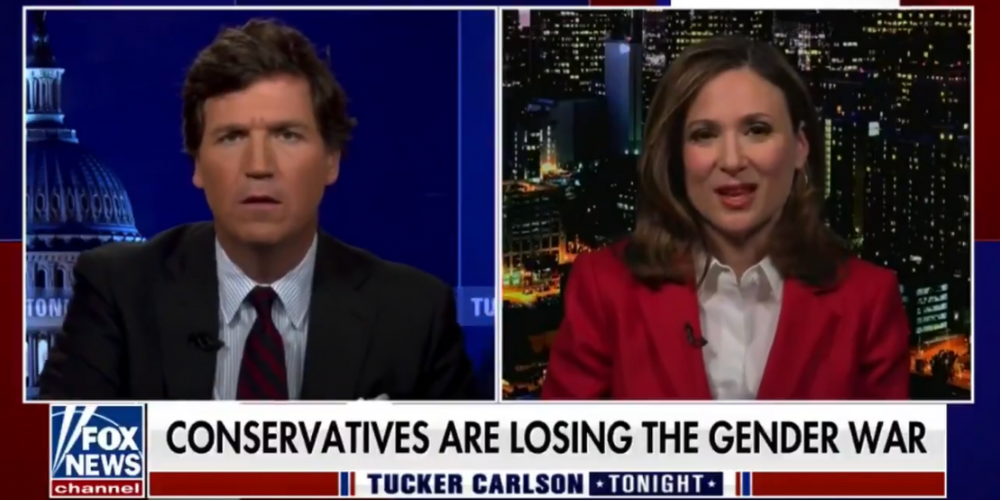 Journalist Abigail Schrier joined Fox News' Tucker Carlson on "International Pronouns Day" to discuss conservatives losing the war on gender and what they need to tackle to fight back and win.

"America lost a series of battles on the gender war which put activists in the drivers seat," Schrier said, author of Irreversible Damage: The Transgender Craze Seducing Our Daughters.

Schrier said that conservatives need to focus on the "right battles to fight" which target four main areas.

"We have to fight for girls sports and women's protective spaces. We have to stop schools from undermining parents and giving kids gender identities that the parents don't know about. And we have to reform pediatric gender medicine," Schrier added. "No more teenage girls with mental health problems walking into Planned Parenthood and walking out that day with a course of testosterone. No more lying to the public about the harms of puberty blockers."

Fox News host Tucker Carlson asked Schrier when are groups are going to start fighting back and Shrier announced that she believes legislation will be introduced by Republican lawmakers "very soon."

Shrier said that after she testified against the Equality Act with Senator Tom Cotton's (R-AK) office that Cotton will be introducing legislation to stop schools from going behind parents backs that give students new gender identities and names without their consent.

The US Department of State, which has as its mission to "lead America's foreign policy through diplomacy, advocacy, and assistance by advancing the interests of the American people, their safety and economic prosperity," wants Americans to know why they should use preferred pronouns and took to social media to celebrate International Pronouns Day.