According to FOX 11, a large police presence could be seen at the shopping mall. 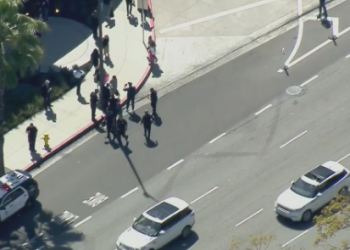 According to FOX 11 news Los Angeles, a gunman has entered the Century City mall in Los Angeles.

Many on Twitter are claiming that there is an active shooter, corresponding with FOX 11’s report of a gunman in the Westfield Century City Mall.

According to FOX 11, a large police presence could be seen at the shopping mall.

Westfield Century City was evacuated, and authorities advised to avoid the area.

According to Andrew Blankstein from NBC news, the situation is not being described as an active shooter, but rather reports of a man with a gun entering the mall.

The most recent tweet by the LAPD says they are responding to multiple calls of a “man with a gun” with no evidence of a shooting or victims at this time.