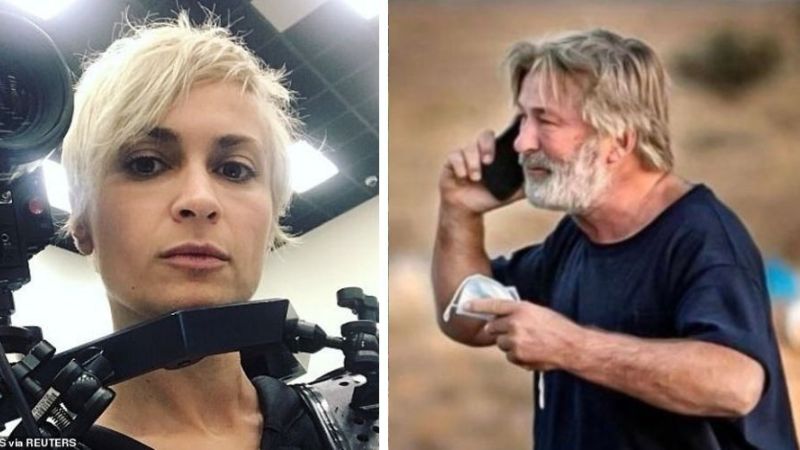 Alec Baldwin is likely to be charged for shooting and killing cinematographer Halyna Hutchins on the set of his low budget movie Rust in Bonanza City, New Mexico on October 21, 2021.

The Daily Mail reports that Santa Fe District Attorney Mary Carmack-Altwies submitted a letter on August 30 to the New Mexico financial board, asking for funding to indict four defendants and that it was recently approved. In the letter Carmack-Altwie wrote, "One of the possible defendants is well known movie actor Alec Baldwin."

Carmack-Altwie asked for $635,000 to prosecute and said that murder charges were on the table along with other weapons related offenses. She said that a "final piece of evidence" was Baldwin's phone, as authorities were waiting results from its analysis.

After the shooting, Baldwin had issued a statement: "There are no words to convey my shock and sadness regarding the tragic accident that took the life of Halyna Hutchins, a wife, mother and deeply admired colleague of ours."

The movie was filming at the Bonanza Creek Ranch, a popular production location south of Santa Fe. Baldwin was also a producer on the film and previously said he doesn't blame himself for the accident.

"I feel that someone is responsible for what happened, and I can't say who that is, but I know it's not me," Baldwin previously said. He said that 24-year-old armorer Hannah Gutierrez Reed had checked the gun and he thought it was prepared properly.

In a December 2021 interview with George Stephanopolous, Alec Baldwin said he "didn't pull the trigger."

"So you never pulled the trigger?" Stephanopolous asked.

"No, no," Baldwin said. "I would never point a gun and pull that trigger at them. Never."

In August, an FBI analysis concluded that Alec Baldwin pulled the trigger of the gun that killed cinematographer Hutchins and wounded director Joel Souza.

Baldwin said he thought the weapon was a "cold gun," a .45 Colt (.45 Long Colt) caliber F.lli Pietta single-action revolver. It "could not have been fired without pulling the trigger, according to an FBI forensic report."
ADVERTISEMENT
ADVERTISEMENT
BaldwinCharge