Canadian-American television personality and longtime host of Jeopardy! announced on Wednesday that he has been diagnosed with stage four pancreatic cancer, a late-stage diagnosis that unfortunately comes with a low survival rate. 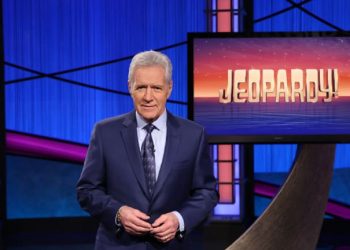 Canadian-American television personality and longtime host of Jeopardy! announced on Wednesday that he has been diagnosed with stage four pancreatic cancer, a late-stage diagnosis that unfortunately comes with a low survival rate.

“I plan to beat the low survival rate statistics for this disease. Truth told, I have to… Because under the terms of my contract, I have to host Jeopardy for three more years!” joked the still optimistic Trebek.

Health troubles started for Trebek early in 2018 when he had suffered a fall requiring a surgical procedure to take care of a subdural hematoma.

Trebek, a University of Ottawa alma mater has been broadcasted in the living rooms of people around the world since his television career started in 1963.

Trebek, now 78, has hosted over 7000 episodes of Jeopardy!, and has become synonymous with the franchise, all while being a fan favourite the entire way through.

Our thoughts and prayers are with Trebek in these tough times. Go get ‘em, Alex. Canada, the United States, and the entire Jeopardy! fan base is right behind you.